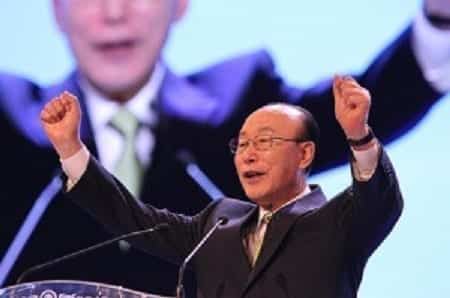 The Rev. Paul Yonggi Cho founder and pastor emeritus of Yoido Full Gospel Church in Seoul, South Korea, one of the largest Pentecostal churches in the world, has been sentenced to three years in prison for embezzling church funds.

Cho was found guilty of causing $12 million in losses to the church by having officials in 2002 buy stocks owned by his eldest son, Cho Hee-jun, at four times the market value, Yonhap reported on Thursday.

The 78-year-old pastor, who founded the church in 1958, will also have to pay about $4.6 million in fines. The junior Cho will also be serving a three-year prison term for colluding with his father, the Seoul Central District Court ruled.

According to The Gospel Herald, Cho was also found to have been evading 35 billion won (US $3.3 million) in taxes. The elderly pastor first came under investigation in 2011 when he was accused by 29 church elders of embezzling church funds and privatizing church assets.

Cho was apparently given a light sentence by the Seoul court because of his long-standing contributions to society, and will have a five-year stay of execution.

A biography of Cho on the English version of the Yoido Full Gospel Church website says that the pastor, who came to faith after attending a crusade led by American missionary Ken Tines, met Jesus in a vision one night while he was fasting and was baptized in the Holy Spirit.-christianpost.com