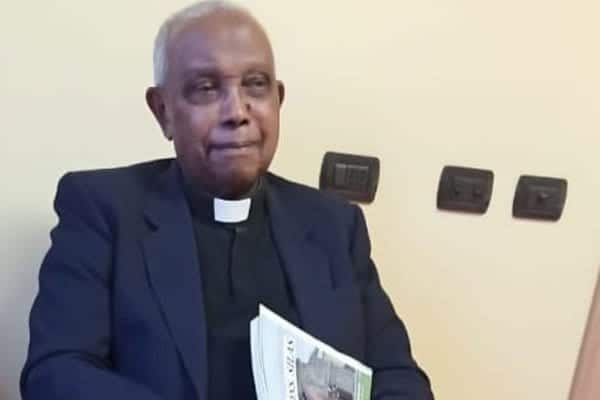 Catholic faithful in Kenya are in mourning following the demise of Bishop Emeritus Silas Njiru. Bishop Njiru, who served as Meru second prelate, died early Tuesday in Italy after he contracted Covid-19.

Meru Bishop Salesius Mugambi who took over from the deceased said the 92-year-old retired bishop passed on while undergoing treatment at Rivoli Hospital where he had been admitted for three days.

Speaking to the Nation on phone, Bishop Mugambi said the late clergyman was staying at the Blessed Joseph Allamano house in Alpignano, Turin, Italy.

He was among three priests from the home for the elderly who had been taken ill after contracting coronavirus.

The late bishop who was born on October 10, 1928 in Kevote village, Embu County will be laid to rest in Italy at a date yet to be confirmed.

“I received the sad news from Italy that he died shortly after midnight Monday, that is Tuesday morning here. We immediately went into a prayer session to pray for him. He was in the retirement home ran by the Consolata missionaries who are the pioneers of the Meru Diocese,” he said.

Bishop Mugambi described the late prelate as a hardworking and dedicated servant, who served the expansive diocese that covered Wajir, Embu, Meru, Tharaka Nithi, Mandera and Isiolo counties from 1976 to 2004.

“Sometimes he used to charter a flight to go to Mandera for confirmation, then proceed to Wajir and then Garissa and then come back. He was always working and very prayerful.

“Before supper, he would go for his evening prayers and then after supper, would go back to the office, sleep late and then wake up early and start working,” he recounted.

Bishop Mugambi said the late bishop valued education and opened many church-sponsored schools in every parish.