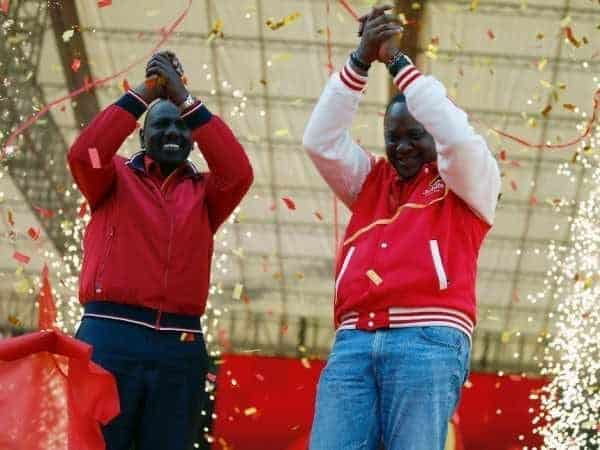 President Uhuru and DP William Ruto Still Uses Old Phone Numbers. Report by Kahawa Tungu: President Uhuru Kenyatta and his deputy William Ruto are reported to be taking the leadership in stride. The so called dynamic duo are said to have stuck to their old phone number.

The two might not be able to pick up everyone’s calls but the President is said to be a keen reader of all SMS messages he is sent. The security of their communication has been enhanced but the two are not ditching their old cellphone numbers soon.

William Samoei Arap Ruto is a Kenyan politician who is the president-elect of Kenya. He has served as the deputy president of Kenya since 2013. In the 2013 presidential election, he was elected the Deputy President alongside President Uhuru Kenyatta under the Jubilee Alliance ticket. Ruto was elected Member of Parliament (MP) for Eldoret North from 1997 to 2013 under the Kenya African National Union (KANU). He served as Minister for Home Affairs under the Daniel Arap Moi administration from August to December 2002-Wikipedia

GoK Subsidized Unga Exported to CANADA, sold at $14.00 per…