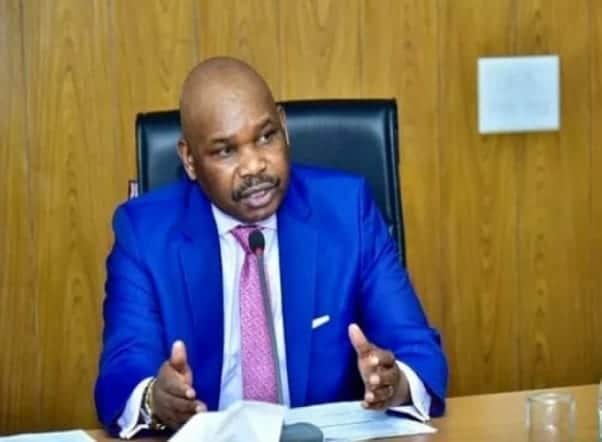 Prof Makau Mutua on Sunday wrote that he was told Deputy President William Ruto is likely to drop out of the 2022 presidential race and endorse ANC party leader Musalia Mudavadi instead.

Through a tweet, Mutua added that the idea is to lockout ODM leader Raila Odinga in case he decides to vie for the top seat.

“I am told that DP @WilliamsRuto will likely drop out of the presidential contest and endorse @MusaliaMudavadi for the top seat.

“The idea is to lock out @RailaOdinga should he choose to run,” he tweeted.

Kenyans online asked him to reveal his source as some accused him of pushing an agenda and being a rumour-monger.

Ahmednasir Abdullahi: Prof who told you?

Ebrah: Prof it has come to this, you are now gossiper. What happened?? Kenyans what we want is something constructive.

Mutua also hit out at leaders who have been branding food donations, saying this is not the time to gain political mileage.

“Politicians should stop media stunts “flagging off” food donations. Or branding food donations with their names and foundations. It’s not a safari rally or derby.

“It’s dehumanizing and taking advantage of the poor for shameless self-aggrandizement,” he said.

A number of leaders have been put on the spot during the pandemic by branding food donations and sanitisers.

One of them was Nyeri Governor Mutahi Kahiga who in April, oversaw repackaging of 13000litres of sanitisers donated by Kibos Sugar Company but decided to brand the containers with his photo.

This did not go down well with a section of Kenyans who bashed him for the move.

In his response, Kahiga said there was nothing wrong with putting his photo on the containers, adding that the bottles cost only Sh7 each.

“Let us see the bigger picture. Let us not focus on non-issues.

“We got sanitisers worth Sh5million and we bought the bottles at Sh7 per bottle.

“The big container was Sh9…And the labels cost Sh1. You would wonder why anyone would make an issue out of that,” said the governor.