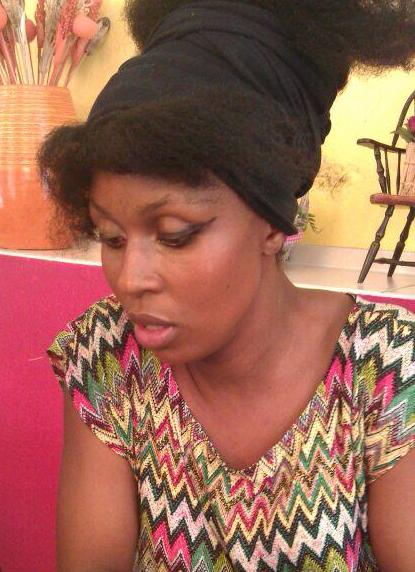 A Kenyan Woman identified as Elizabeth W. was in court on Thursday over trying to kill her daughter. The 34 year old mother of two had tried killing her daughter twice before she was arrested.

On the day of her arrest in August 2013, Elizabeth was strangling her daughter while standing in the corridor of their apartment in Widdersdorf. “Mom, stop it, you’re killing me,” the daughter cried desperately and a neighbour who heard the cry called the police.

The police were able to rescue the child, as by the time they arrived, Elizabeth had wrapped the daughter’s neck with a scarf and pulled on it. She was arrested and charged with attempted manslaughter.

On Thursday, (17.04.2014), Elizabeth was taken to court to answer to the charges against her. Elizabeth has been suffering from Paranoid schizophrenia, a chronic mental illness in which a person loses touch with reality (psychosis). Elizabeth has been at the LVR Klinikum in Essen since her arrest in August 2013.

According to consultants called into the court room, Elizabeth couldn’t be held accountable for her actions at the time due to her disease. Her lawyer told the court that on that day, Elizabeth was suffering from a new attack thus believed that she was protecting her daughter. In her delusion, Elizabeth believed that her daughter and herself were under attack from “evil forces”.

The prosecutor believes that although she can’t be held accountable for her actions on that day, she should at least be locked in a psychiatric hospital to reduce the risk of such an incident happening again.

A week before the crime, the family assistant noticed that Elizabeth was becoming increasingly aggressive.It’s believed that Elizabeth didn’t take her medication on that fateful day, maybe causing her delusion. But why no one took it upon themselves to report the behavioural change and in turn get help for Elizabeth before she did something dramatic, will be one of the main questions during this process.

The trial will resume after Easter.

The lady is known to most as Rachel, and she had requested for prayers last year: Kenyan in Germany requests for Prayers.

Your ability to think and function in daily life may be better than with other types of schizophrenia. You may not have as many problems with memory, concentration or dulled emotions. Still, paranoid schizophrenia is a serious, lifelong condition that can lead to many complications, including suicidal behavior.

With effective treatment, you can manage the symptoms of paranoid schizophrenia and work toward leading a happier, healthier life.

If you have any paranoid schizophrenia symptoms, seek medical help as soon as possible. Paranoid schizophrenia doesn’t get better on its own and may worsen without treatment. However, if you’re like most people with paranoid schizophrenia, you may not recognize that you need help or that you even have symptoms. This is because your delusions or hallucinations seem very real to you. Family and friends or people at work or school may be the ones who initially suggest you seek help.

Am I eligible for a US visa if I overstayed my time?

Francis Kimemia cleared of corruption allegations for lack of evidence

Poll: Governors Mutua, Joho and Kabogo can be re-elected