Kenya’s double Olympic champion Ezekiel Kemboi produced another 2014 world-leading performance as his burst of speed around the final bend saw him win the 3000m steeplechase in 8:04.12, with the 2008 Olympic champion, fellow Kenyan Brimin Kipruto, finishing second in 8:04.64, ahead of fellow countryman Paul Kipsiele Koech, who clocked 8:05.47 for third. Kenyans filled the first eight places.

Algeria’s surprise Olympic champion in London, Taoufik Makhloufi, after sitting out most of last season and since changing coach, had to be happy with fourth in a fantastic men’s 1500m, won in commanding style by Kenya’s 2008 Olympic champion and defending double world champ Asbel Kiprop in 3:29.18.
The two pace-makers stretched the field out early with an electrifying pace through the first three laps, world indoor champ Ayanleh Suleiman of Djibouti leading as the bell went.
Kiprop moved on to his shoulder with 200m to run, and then accelerated away in the last 40 metres of a 54sec final lap, Makhloufi finishing fourth in a personal best behind Kenyan Silas Kiplagat and Suleiman in a national record.
Such was the depth in the field, Aman Wote set an Ethiopian national record finishing sixth in 3:30.86.

World champion Eunice Sum of Kenya racked up a similarly impressive victory in the women’s 800m in 1:59.33

Hellen Obiri upset Ethiopian favourite Genzebe Dibaba to win the 3,000m and become the fifth-fastest women in history over the distance. Her time of 8:20.68 has only been bettered by a clutch of Chinese runners in two races on successive days in Beijing in September 1993.

Dibaba maintained her challenge until the final bend, when she began to fade under the challenge of Kenya’s Mercy Cherono, who pulled clear as she entered the home straight. But just as it seemed Cherono had earned a famous victory, her compatriot Obiri appeared at her right shoulder and passed her in the final 15 metres.
Obiri’s time was fastest ever recorded by a non-Chinese runner. Cherono was rewarded with a time of 8:21.14 – one of 14 personal bests recorded in the race. Kenyans filled the next two places, thanks to Faith Kipyegon (8:23.55) and Viola Kibiwot, who ran a personal best of 8:24.41.
Almaz Ayana finished as first Ethiopia 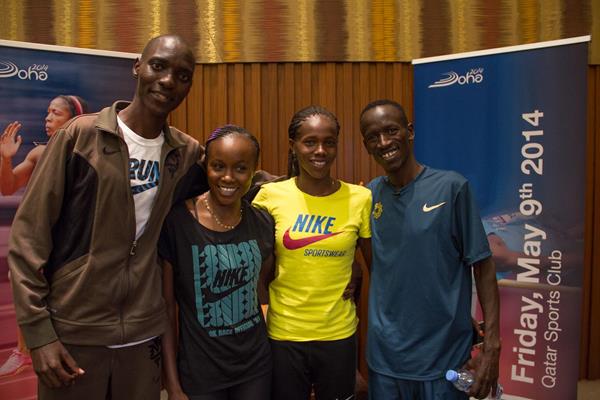 AU – SPARE JUST A LITTLE MOMENT FOR THE ORDINARY AFRICANS

Word of the Day:Walk with the Wise