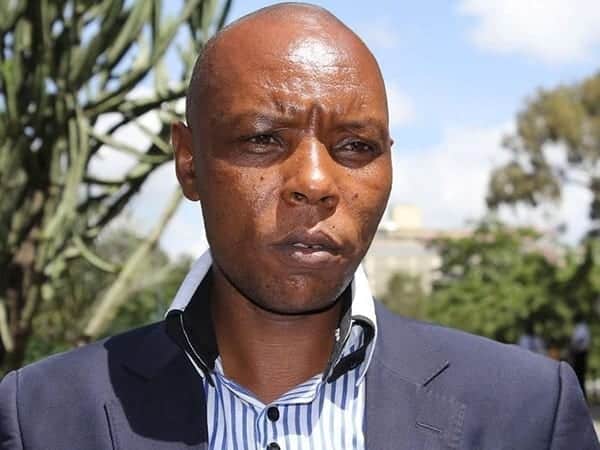 Embattled former Mungiki leader Maina Njenga has built a close-to-Sh2 billion empire in land and prime buildings. This includes large tracts of land and prime plots on the Karen estate in Nairobi, Kajiado, Laikipia and Nyandarua. Conservative estimates by sect members privy to records show that Njenga owns about 3,000 acres in different parts of the country.

Njenga is facing a revolt from a section of his followers who have demanded that he share all the wealth that was acquired by the Mungiki before they abandoned their criminal activities for Christianity. He is recuperating from bullet wounds in hospital after gunmen shot at two cars in a convoy he was traveling in near Nyahururu on Sunday.

The splinter group has earmarked properties which include 900 acres along the Kitengela-Ngong bypass, where Njenga has built a 10-bedroom palatial home, as well as other houses in Karen, Kitengela, Ongata Rongai, near Nazarene University, and the Rimpa area.

The Karen home rests on a half-acre close to Mutero PCEA church in the neighbourhood of top businessmen and government officials such as former Prime Minister Raila Odinga and AG Githu Muigai. It is said to be a five-bedroom house with modern amenities such as a sauna and jacuzzi.

A second home is in Ongata Rongai, close to Nazarene, and sits on 10 acres. A bungalow in Rimpa is on a five-acre plot close to the home of former Secretary to the Cabinet and Head of the Civil Service Francis Muthaura. Another home in the area sits on 50 acres.

Prime Property In Nanyuki With Breathtaking views of Mt.…

The Kitengela land was originally 300 acres. Soon after his release from jail in 2010, he reportedly purchased another 600 acres from a neighbour. The land has two boreholes sunk the same year at a cost of Sh2.5 million, with close to 100 dairy cows and goats.

Local property consultants place the value of the Karen house at over Sh100 million while the landholdings in Kitengela and Ngong in Kajiado County could fetch close to Sh2 billion at current market rates. An eighth of an acre in these parts sells for between Sh500,000 and Sh1.5 million, depending on the location.

Njenga also owns another 1,900 acres in Nyandarua and Laikipia. There, he keeps livestock, farms maize and grows kales and tomatoes to feed destitute children who are accommodated on the same farm.

The sect is also claiming five acres in Isinya, said to have been donated to Njenga’s Hope International Ministry by a one-time Cabinet minister for the building of a church. It is unclear whether the once-powerful minister in Mzee Jomo Kenyatta’s government (1963-1978) has transferred the land title.

Njenga is also said to own two prime but undeveloped plots in the Lanet area of Nakuru, and a 500-acre spread off the Mombasa Road next to Daystar University. Attempts to settle thousands of former sect members on this land under a project known as Kitandanambuzi have failed after different groups disagreed.

The Mungiki claim the former sect members had entered into an unwritten agreement that all their property be registered under the Kenya Youth Alliance, a political vehicle used by the sect.

Njenga also owns a fleet of cars, including the latest model of the Land Rover Discovery and a Hummer he was spotted riding in when he attended a crusade at the Afraha Stadium, Nakuru, in April.

The fight over the property has resulted in the death of seven top members of the sect who represent different factions— those representing the Nairobi Central Business District who want the property to be subdivided and allocated to members and those from Kitengela who do not want the CBD members to get a share.

Seven Mungiki members, including top commanders, have been confirmed dead following a vicious fight between the two factions. Sect members from Nairobi are fighting others from Kitengela for 4,000 acres there. Another seven bodies believed to be of Mungiki members were last week recovered from a shallow grave in Kitengela.

The two factions are led by people who owe their allegiance directly to Njenga, but consider themselves to be equals in the sect’s hierarchy. The CBD faction was led by Simon Mwangi Ndirangu, alias Jakai, while the Kitengela faction is led by the Mungiki branch chairman, a big matatu owner.

Jakai was hacked to death on a disputed plot on Kirinyaga Road near the Globe Cinema roundabout two weeks ago. Jakai was among four men working as security guards whose bodies were recovered from iron sheet shacks with deep cuts in their heads and on their arms. He was killed a day after violent clashes between the Kitengela and CBD Mungiki in the streets of Kitengela town.

John Muya Mburu, allegedly the Kitengela Mungiki deputy commander, was beaten to death and a car set on fire on the disputed land in Kitengela on May 4.

Yesterday, police sources as well as Mungiki insiders confirmed that two rival groups were fighting over land. Since last year, Mungiki has been trying to gradually allocate its assets to members as the organization reduces the scale of its operations.

Last Sunday Njenga dismissed claims that the former Mungiki members were after any property acquired by the sect in its old days and accused a land broker in Kitengela of hiring criminals to seize their property. He insists all the land and houses in question are his personal property.