Jubilee coalition leaders in Parliament have criticised opposition Cord leader Raila Odinga for asking Kenyans not to go to work on July 7.

National Assembly Majority Leader Aden Duale and his Senate counterpart Kithure Kindiki said the former Prime Minister’s declaration of a “national holiday” on that day was a violation of the law.

In statement, the two leaders said the powers to prescribe other public holidays only belonged to the Parliament and the Executive.

They said Mr Odinga’s declaration is “consistent with his fondness for anarchy, his opposition to the rule of law, his disregard for the property and safety of Kenyans, and his confrontational politics.”

“These tendencies are clear to Kenyans who long ago noticed that he has rejected the results of every election in which he has run as a Presidential candidate in1997, 2007 and 2013.”

Cord has organised a series of political rallies meant to force the Government to agree to a national dialogue on critical issues facing the country, including insecurity, the Independent Electoral and Boundaries Commission and the cost of living

According to Mr Odinga, July 7, also known as Saba Saba will be the day to “launch a revolution” to pressure the government to accede to the demands of the talks.

“The dialogue I am talking about is a must for them. I hope they will come to us before the D-Day,” Mr Odinga reportedly said on Friday in Migori, western Kenya, during the first of the planned rallies.

On Saturday, the Jubilee leaders claimed that there has been “substantial violence, death and destruction of property” in instances where Mr Odinga “has chosen confrontation and anarchy,” adding that he had never taken responsibility for them.

This came as Interior Cabinet Secretary Joseph ole Lenku warned organisers of the planned rallies that they would be held personally responsible in the event that they are chaos leading to loss life or property.

Mr Lenku also said attempts to establish a government contrary to the manner prescribed in the Constitution would be dealt with.

During his speech in Migori, Mr Odinga said a time had come for the Kenyan people to use constitutional power to cause a major change in the country, with other Cord leaders saying the current situation as requiring “immediate redemption.”

“Clouds are quickly gathering and the faster President Uhuru Kenyatta moves to the negotiating table, the better for his administration. And he should do so before we shave him without water,” Mr Odinga is quoted as saying. 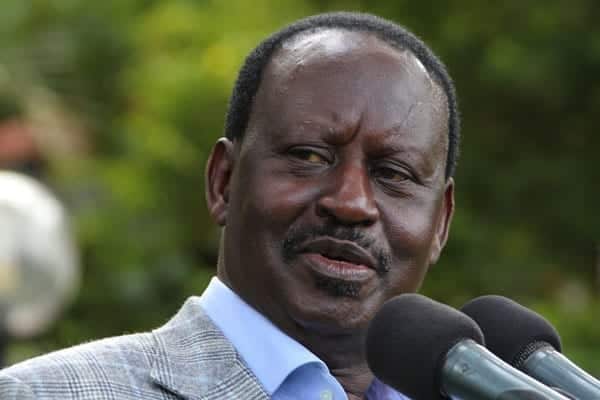