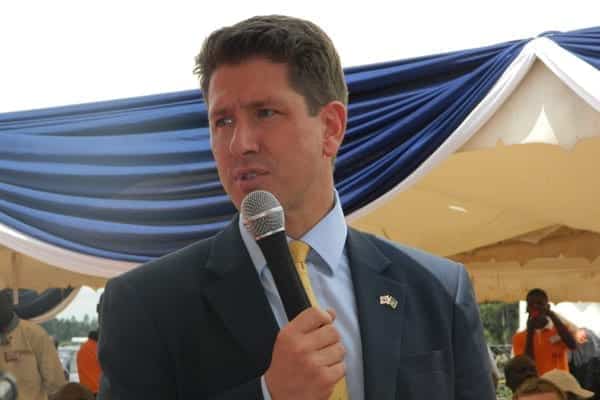 A few weeks back, RMA motors Nairobi launched the Jaguar F-Type – one of the world best rated sports cars. The car is retailing at between Sh15 and 20 million.

Since Jaguar is a British company, it was only logical for the car – dubbed one of the world’s most beautiful car, to pass by the British High Commissioner’s residence. High Commissioner Dr.Christian Turner had the honours of taking it for a spin last week.

You can imagine his reaction when he found the number plate was KBY 007T.  Agent 007 or James Bond as he is known by majority, is also a British invention.