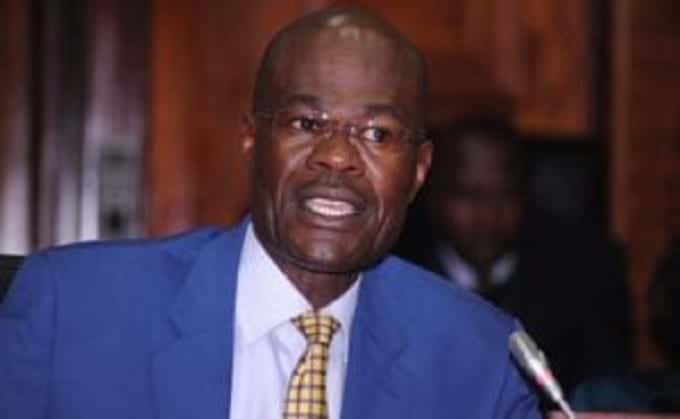 He was succeeded by Maj Gen Samuel Ng’ang’a Thuita, who was promoted from the rank of Brigadier and transferred from Defence headquarters where he was Vice Chief of KDF responsible for logistics and personnel.

Maj Gen Samuel Wesonga Nandwa will take over as the Assistant Chief of Defence Forces responsible for personnel and logistics.

Moi Air Base will now be commanded by Col Mohamed Abdalla Badi while the new commander for the Laikipia Air Base will be Brig Eric Kinuthia.

There were also new commanders for the Eastern and Western commands in the major changes effected by the Defence Council, which is chaired by Defence Cabinet Secretary Raychelle Omamo and endorsed by President Uhuru Kenyatta, according to an announcement from Department of Defence headquarters.

Maj Gen Otieno, an engineer, is a decorated officer who played a major in the operations against Al-Shabaab in Somalia.

The Maj Gen, who will be 58 in November, was awarded Elder of the order of Burning Spear (EBS) and Order of the Grand Warrior (OGW).

The Kenya Air Force (KAF) was instrumental in the incursion into Somalia, bombing Al-Shabaab camps along the route to Kismayu, the ultimate destination to declare the mission successful.

Even after Kenyan troops made an amphibious landing on the beaches to begin the final assault on Kismayu, KAF jets provided aerial cover and have continued to pound Al-Shabaab from the air after KDF was incorporated into Amisom.

Brigadier George Owino was promoted to Major General and appointed Commandant of the Defence Staff College.

Colonel Thomas Chepkuto was also promoted to Brigadier and appointed Commandant of the Joint Warfare Centre.