Goal.com follows the exploits of Kenyans playing their football outside of the country, in the top European leagues and beyond.Here below are the updates.

After staying out of competitive action for more than one month, midfielder Paul Were finally made his debut for AmaZulu who drew 2-2 against Polokwane City in a Premier Soccer League match on Saturday. Were together with former Gor Mahia midfielder Kevin Omondi were not able to debut for their clubs in the PSL due to inability to get a work permit. He came on as a second half substitute and after Roggert Nyundu had put Polokwane City ahead in the third minute and Bornwell Mwape equalised for AmaZulu in the 30th minute. The other two goals were scored in second half Lary Horaelens tying for Polokwane and Bornwell Mwape scoring for AmaZulu.

Victor Wanyama was on the pitch for 45 minutes as his club Southampton dismissed Newcastle 4-0 in an English Premier League match on Saturday. A brace in the 6th and 19th minutes put Southampton comfortably ahead in the match they dominated. The Kenyan international came on after resumption in place of Shayne Long and created more chances for the Saints who were three goals ahead in the 54th minute through Jack Cork before  Morgan Scheneirdlin made it four. The result has left Southampton ranked third on the log after collecting seven points.

After signing a two year extension on his contract, goalkeeper Arnold Origi was beaten three times as his club Lillestroem went down 3-2 to Molde in a top Norwegian league match. Playing at home, Molde took only ten minutes to go ahead through Fredrick Gulbrandsen before Mohammed Elyounoussi added the second just before the break. On resumption, Lillestroem pulled one back through Rafn Palmason and were back on level terms at the hour mark through Petter Vaagan. The hosts were not done yet and got their winner late on after Mohammed Elyounoussi scored his second goal.

Ayub Timbe made his first appearance for new club Lierse who drew 2-2 with Anderlecht in a Belgian Division one match at the weekend. Timbe was sent on loan to his latest club by Genk to allow him get more playing time. He was on the pitch however, for just 20 minutes after coming on in the 70th minute for one of the goal scorers Wanderson Campos. The other goal for Lierse was scored by Pierre Ngawa. Anderlecht were lifted by goals from Fred Opoku and Gohi Bi Zoro allowing them to remain at the top of the log while their opponents remain at the bottom of the 18 team standings.

Dennis Oliech was on the pitch for 85 minutes as AC Ajaccio drew 1-1 against Chateauroux in a French Ligue two match fixture at Francois Coty Stadium. Terrence Makengo scored the opener for Ajaccio in the 36th minute before Johan Cavalli equalised in the 72nd minute. Oliech came off for Issa Baradji in the 85th minute as he made his sixth appearance for the relegated side. Ajaccio are still far off from promotion even early in the season as they are placed sixth on the log with nine points.

Sporting Kansas with defender Lawrence Olum thumped CD Chivas 4-0 in a Major Soccer League (MSL) fixture to move into fifth place on the log after collecting 45 points. Olum was on the pitch for 90 minutes as he continues to enjoy playing time in the popular American league. Dominic Dwyer opened the account for Sporting in the 40th minute before Beny Feilhaber made it 2-0 at half time break. Then Graham Zusi scored the third before Claudio Beiler finished the rout with a late goal. 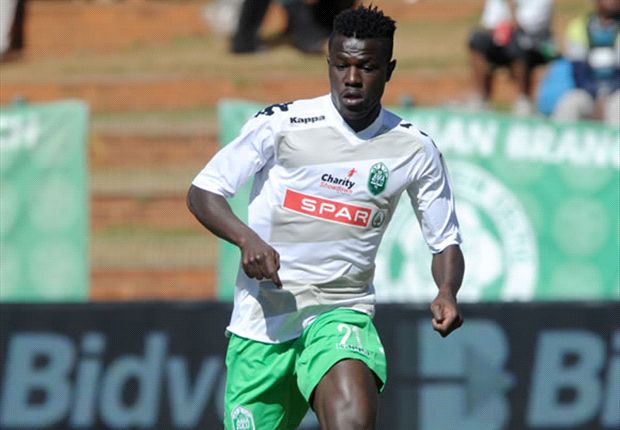