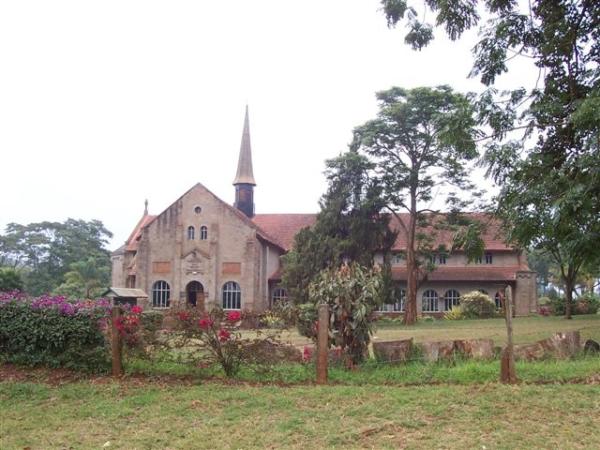 How locals corrupted English names to create different meaning:Kenya is home to many trading centers and towns some with very interesting names, but have you ever thought of how the name of your town or village came about? Some of the names came about by what we can term as sheer coincidence and twists which are funny.

The Great Corner was the site of the first airfield in Kenya; a patchy grass runway around the present Meteorological Department.

Rumuruti: Rumuruti is a town in Laikipia County about 40km north of Nyahururu. How did it get its’ name? The town was on the route from Nyahururu to Mararal which was commonly used by white settlers. They referred to the trail between the two settlements as a “Remote route”. The corrupted version of this then became Rumuruti, the town name as we know it today. Rumuruti was the site of a huge meteor shower in 1934 and some of them are on sale on e-bay http://www.ebay.com/sch/i.html?_trksid=p2050601.m570.l1313.TR0.TRC0.Xrumuruti&_nkw=rumuruti&_sacat=0&_from=R40

Thogoto: The Church of Scotland Mission was the first mission to settle in the now little town near Kikuyu in Kiambu County. The local Kikuyu Community could not pronounce the name Scotland easily and they would pronounce it as “Thigoto” and thus the name Thogoto was born. Today the town has maintained the name Thogoto and that PCEA Church of the Torch one of the oldest mission churches still stands.

Kapropita: This is a town in the former Rift Valley in Baringo County. A settler known as Corporal Peter lived in the area during the pre-independence period. His name was a tough one for the locals to pronounce and the area soon was referred as Kapropita which is a corrupted version of Corporal Peter.

Kabarnet:  It’s believed that the town is named after a French man known as Barnet who settled in the area and made it his home. The local Tugen people then started to refer to the place as Ka- Barnet. The word “Ka” means “the homestead of” and therefore the name Ka-Barnet means the place/home of Barnet.

Rod-Kopany: Is a busy town  in Homa-Bay County. During the construction of a road in the area the Mehta Singh Road Company the residents would refer to it as Rodi Kopany. This name quickly stuck and the town was known as Rod-Kopany which is a corruption of the name Road Company.

Kirigiti: There was a popular cricket field in Kiambu and it was popular with settlers who would frequent the place from surrounding farms. The local Kikuyu community could not pronounce the name Cricket and they pronounced it as Kirigiti. Today the stadium is referred to as Kirigiti which is just a version of Cricket but with a Kikuyu corruption to it. Mzee Jomo Kenyatta held his last rally at Kirigiti stadium before the declaration of emergency in 1952.

Roysambu: Roysambu is a suburb along the Thika superhighway in Nairobi City County. The place was known as “Royal Suburbs” during the colonial times. However the Africans in Nairobi pronounced it as Roy-Sabu and thus it got the name “Roysambu”.

Kariakor: During the First World War a contingent of Africans were in the British army as carrying luggage. The Carrier Corps, as they were known, carried everything the soldiers needed to survive during the East African Campaign of the First World War. Their base in Nairobi was around the present day Kariakor area. The locals simply called the place Carrier corps which with a local dialect influence sounded like “Kariako” and it’s today still called by that name.

Tenwek: Is a shopping centre located in Bomet County and location of one of the oldest hospitals in the region which was built in 1936. The name Tenwek is believed to have come about because it took ten weeks to travel from the Mombasa to the area by foot.

Matayos: In the county of Busia there is a trading called Matayos. According to the residents of Busia a European by the name Mathew moved to the area during the colonial times. The residents referred to him as “Mathayo” which is the Kiswahili version of Mathew. However, in Luhya dialect the name was pronounced as “Matayo”. Today Matayos is one of the new constituencies in Busia.

While many of these were English names corrupted into local dialects, there are a number of places in Kenya where local names were Anglicized by the European settlers.

Msongari: The name was Muthangari and an area in Lavington still maintains that name. The name was a bit tuff for the settlers and they pronounced it as “Msongari”.

Now that is Kenyan history in a bit.You can add to it to,what do you know?