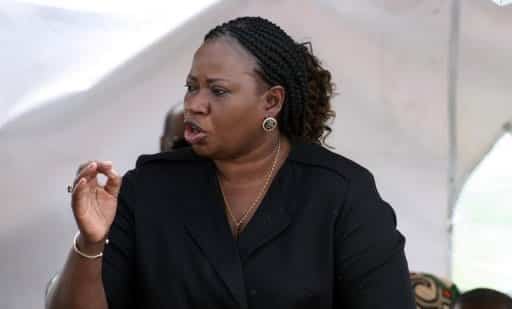 NAIROBI, Kenya, Jan 30 – The International Criminal Court (ICC) Office of The Prosecutor (OTP) has been accused of funding terrorism in Kenya.

A document tabled on the sidelines of the 24th session of the Africa Union summit in Addis Ababa, alleged that the ICC worked with Mungiki members some of who are members of the Al Shabaab terror group blamed for a series of attacks in Kenya.

“OTP continues to legitimise criminal groups & embolden them and their off shoots to continue committing crime. Essentially, the ICC could very well be financing terrorism in and around Kenya…in all likelihood, some of these members are part of local network of terror gangs used by Al Shabaab,” the document presented at the AU meeting claims.

ICC Prosecutor Fatou Bensouda after announcing she did not have evidence to sustain charges against the president said she had eight Mungiki witnesses who had information of how the president funded and coordinated Mungiki members to carry out attacks in Nakuru and Naivasha during the 2008 Post Election Violence.

Some of the Mungiki witnesses the OTP was using to support its charges against the President are members of the Al Shabaab terror group, according to the presentation made by Kenya.

The document tore into the ICC investigations and termed them as biased and targeted at dragging Kenya into a shambolic process.

“Where OTP admits that it lacks sufficient evidence, one fails to understand how they are still going on. The case against President Kenyatta could very well have collapsed at the Pre-Trial Chamber, if the Prosecutor had not been allowed by Judge (Ekaterina) Trendafilova to suppress recanted evidence from Witness 4,” it stated.

Capital FM News has contacted the International Criminal Court to respond to these allegations.

Judge Trendafilova was the presiding judge of the Pre-Trial Chamber that confirmed charges against President Kenyatta, Ruto, Sang and former Head of Civil Service Francis Muthaura whose charges were dropped after Witness 4 said he had lied to the court.

The Pre-Trial Chamber had relied on evidence of only witness 4 to confirm charges against Muthaura.

According to the claim, such hiccups should have given the judges a signal to drop the Kenyan cases at the Pre-Trial Stage.

The document explained that due to the inefficiencies experienced in the Kenyan cases, the ICC should be questioned over its conduct in Kenya.

“Regardless of whether there is a conviction by the International Criminal Court or not. The Court & OTP have an unprofessional relationship that biases entire judicial system against the accused,” it explained.

By having Kenya’s President and his deputy William Ruto as accused persons before the court, it was felt the court was greatly interfering with their work. “Continued prosecution of President Kenyatta and Ruto has distracted Kenya and Kenyans from moving forward.”

“Neither should OTP be allowed to get away with efforts to blame Government of Kenya for unfounded non-cooperation. OTP should be sanctioned for bungling investigations and stringing a member state along for half a decade.”

EDITORS NOTE: This story has been updated to attribute the statement to the Kenya Citizens Coalition and not the government of Kenya.