They were discovered after police went into their apartment after a 9-1-1 call and found the mother and son lying in a pool of blood suffering from multiple stab wounds.

Maureen Wanjiku was pronounced dead at the scene while the baby was transported to an area hospital where he succumbed to injuries.

The deceased is a niece to Mr Isaac Kariuki of Diasporamessenger.com as her mother is his sister.

Police at the scene combed the area and an eye witness told them that a man was seen feeling from the scene.

They are currently on the lookout for the African American man now named as Kwame Carpenter, 24. His parents are said to be from Dallas, Texas.

Gone so soon: Death announcement for Alice Mumbi Wambaa of…

Kenyan Man Found Dead in his apartment in Los Angeles,…

A video from the scene shows a baby’s chair in front of an apartment complex and a woman believed to be the deceased woman’s mother lying on the ground crying to officers, “just kill me.”

The suspect has not been apprehended yet. 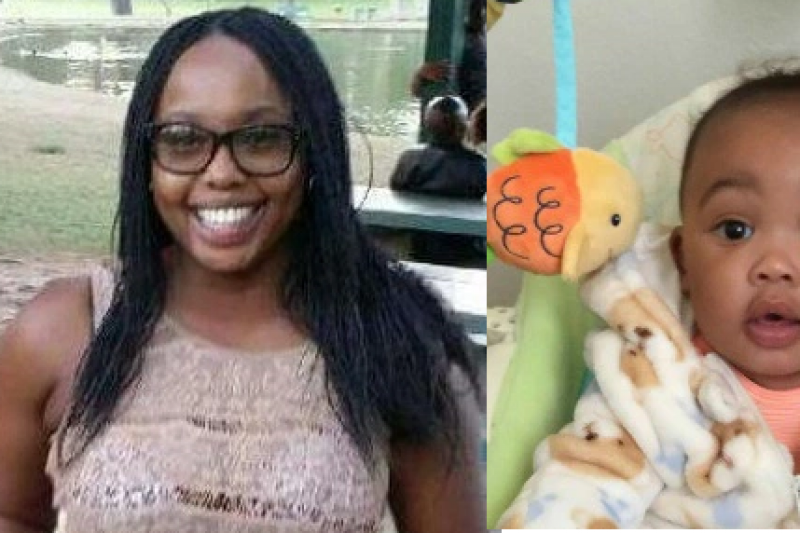 Musalia Mudavadi rules out possibility of working with DP Ruto

The color of love: Dirk Nowitzki talks of being married to a Kenyan woman