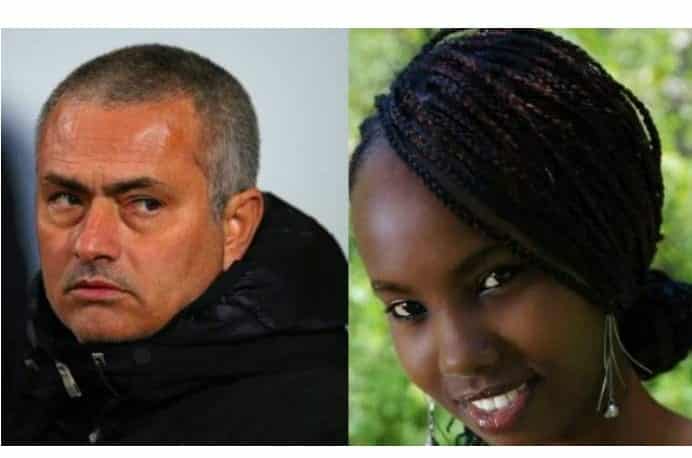 Chelsea FC manager Jose Mourinho is the talk of the town. The Portuguese is said to have fallen in love with a Kenyan lady by the name Lelesit Silvana while on holiday at Diani, South Coast on vacation with his family.

Jose Mourinho is alleged to have committed himself to divorce his wife Matilde Faria for his new Kenyan beauty. According to sources,  Lelesit has since made several visits to Poland where they both “met and had fun and Mourinho was ready for anything”.

Their relationship is said to have started when the lady sold  Mourinho a Tanzanite bracelet worth Sh500,000 and trusted her to ship it to him once he was in Poland and ever since, the two have been having an affair despite Lelesit dating her Kenyan-Somali boyfriend.

When reached for a comment by Word Is, Lelesit who has been keeping a low profile from media, this is what she had to say;

When all this happened, Mourinho was still the head coach of Real Madrid. Although Lelesit Silvana owns social media accounts, below are some of the pictures we were able to find and the last time she was active on Facebook was in March 2013.