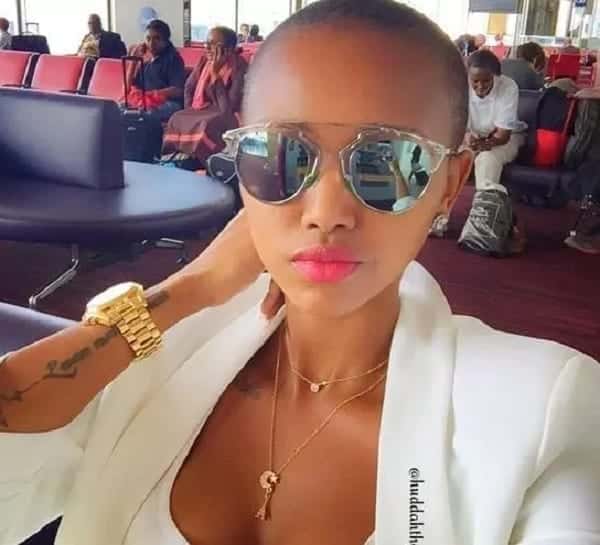 When Mzee Ojwang passed away last week, socialite Huddah Monroe took to Instagram to mourn the legendary actor, but did not stop at that.

She said that she still remembered the day she acted as Kayai on Vitimbi, something very few knew about.

Many saw this as a ploy to bring attention to herself. Very few on social media believed her, but she never retracted that statement. So on Friday, Larry Madowo hosted the Vitimbi crew on The Trend, and this was finally the opportunity to get the truth.

It turns out that she indeed acted as ‘Kayai’ on the show, only that she was to pose as Kayai – a fake one for that matter.

Mama Kayai actually said that she was a good actress and if she stuck to it she would probably have gone places. Another Vitimbi cast, ‘Ole Matope’ also revealed that they once both acted a high school set book play.

VIDEO: Fight broke up right inside the mountain of fire church in London