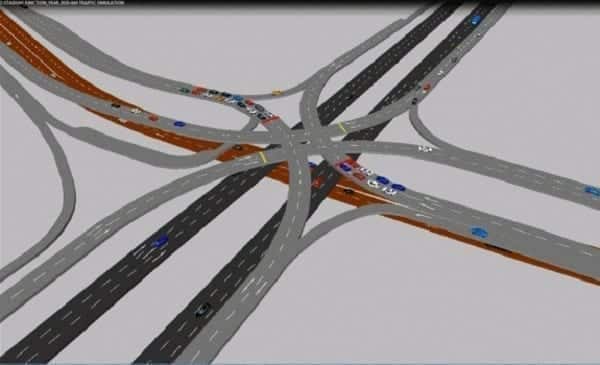 The much-awaited conversion of the 45.2km road between the Jomo Kenyatta International Airport (JKIA) and Westlands into a superhighway will commence in December this year, the government has said.

In a bid to ease traffic to and from the airport and around the city, the roads between these two points will be converted into a superhighway replete with interchanges as well as service and bus lanes, among other features.

Some tenders have already been floated. The plans, seen by Nairobi News, will see Mombasa Road sidestepped. The road has been a major bottleneck in the planned upgrade with companies fighting to save their premises against forceful government acquisition.

“The World Bank will, among others, support the construction and supervision of JKIA –Rironi while the designs are fully Government of Kenya funded.”

The road sections are at different stages of project planning, he said. Already, the final design for the 7.9km JKIA Turnoff – Likoni Road Junction, has been submitted.

The main features of the project in this section are an additional lane on either side, service and bus lanes on the median of the highway, an interchange at intersection with Enterprise Road and construction of a new access to Inland Container Depot.

On its part, the 12km section between Likoni Road Junction and James Gichuru Road Junction will have elevated dual carriageway between the road over railway bridge, just before Haile Selassie intersection up to KBC headquarters.

It will also boast of dedicated bus lanes and interchanges at intersections with Popo and Kapiti, Langata  and Lusaka, Bunyala, Rhapta as well as James Gichuru.

If everything goes according plan, the service road to Riverside Drive will commence before the interchange and run concurrently with the ramp at University of Nairobi to remove queuing from the main carriageway.

The new-look 25.3km James Gichuru Road Junction – Rironi section will have an additional lane on either side as well as space in the median for future dedicated bus lanes.

Kenyan man passes on in London

Jowie replace Jacque Maribe’s pictures on Instagram with another woman