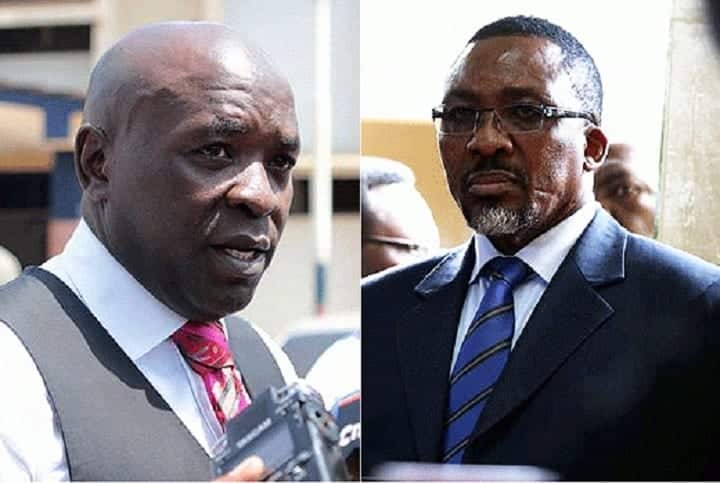 Top Nairobi lawyer Cliff Ombeta has withdrawn from representing Pastor James Ng’ang’a in the case of a fatal road accident that left one person dead.

The lawyer said the “risk involved” in appearing for Ng’ang’a may jeopardise his career.

He also cited lack of “proper instructions” and “none responsiveness” from his client, and said he would not stake his reputation on a case of “such magnitude without the direct involvement of pastor Ng’ang’a himself.”

“I have not even seen him since he left the cells, he does not pick my phone calls anymore and he has not paid me. I cannot continue to act for a client who is not cooperative,” Ombeta told Nairobi News on phone.

Goswami sold us out say Akasha Lawyer-Complaining about…

He accused the pastor of failing to “give him sufficient instructions”, thus making it impossible to continue acting in his defence.

Lawyer Ombeta said there was too much risk involved in defending Pastor Ng’ang’a having been vilified in the court of public opinion.

“ I cannot stick out my neck for a client who is not meeting me in the middle. Look how the state has come out and sent an assistant DPP to prop its case.

“It beats logic that a client being fought by the most experienced hands in the prosecution is not committed to his lawyer,” Ombeta said.

Ombeta said there has been lack of monetary instructions rendering the provision of his services impossible.

The preacher is accused of causing the death of Ms Mercy Njeri through reckless driving on the evening of July 26 on the Nairobi-Naivasha Highway.

He has repeatedly denied the charges saying that he was neither driving the vehicle nor at the scene of the tragic accident.