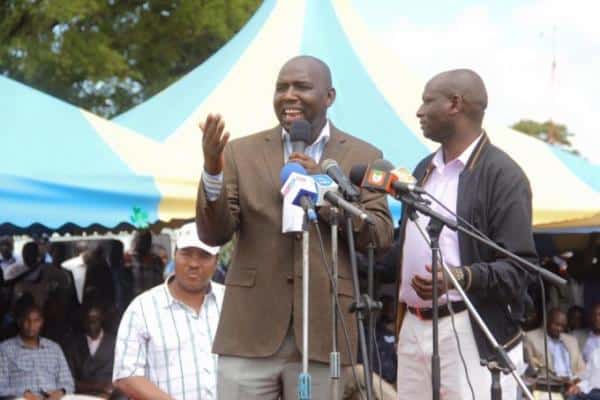 Bungoma, Kenya: More than 60 MPs from across the country Sunday turned up for an interdenominational prayer rally for DP William Ruto and journalist Joshua Sang’s at Kapsokwony Primary School grounds in Mt Elgon,  Bungoma County.

The rally hosted by Mt Elgon MP John Serut and geared at praying for the vindication of the duo at the ICC is the third of the kind to be held recently; previous ones were held in Kuresoi and Ruiru.

TNA MPs led by Ferdinand Waititu and Alice Nganga were present while URP Senators were led by Charles Keter and Kipchumba Murkomen.

The case against Ruto and Sang is still on at the ICC after President Uhuru Kenyatta was vindicated of responsibilty in the 2007/8 post election violence.

The ICC Prosecutor Fatou Bensouda has indicated that she has closed her submissions and The Hague- based court is expected to communicate the next course of action as pertains the Ruto, Sang case.