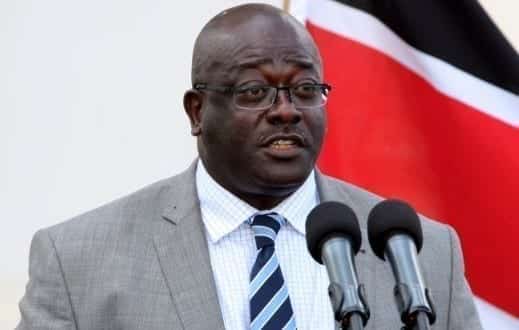 State House Spokesperson Manoah Esipisu’s work now starts and ends at State House after the appointment of Eric Kiraithe as National Government Spokesperson who will be in charge of government communication.

The appointment of Mr Kiraithe as National Government Spokesperson has thrown the spanner in the works at State House communication department, leaving the Mr Esipisu as the biggest loser.

Mr Esipisu’s role has shrunk significantly, as he is now limited to addressing the nation at state house, through press briefings touching on state house and presidential matters only.

Mr Kiraithe will take the lion’s share of the government communication work as the official statement communicating the appointment and released by Nzioka Waita for Chief of Staff and Public Service Joseph Kinyua reads.

Eric Kiraithe’s Reaction After Being Sacked as Govt…

Mr Kiraithe got the position because of his long and distinguished history of public service mainly in the security sector.

He is expected to take up the post immediately, and move from his current role as General Manager for Security Services at the Kenya Airports Authority.

Mr Kiraithe was a former National Police Service Spokesperson and was feared for his firm, strong and substantive answers when questioned by journalists after press briefings.

The Senior Directors will seemingly have a larger area of operation as compared to their ‘boss’ Mr Esipisu, as the directors will communicate government work.

Mr Esipisu, a long-serving journalist, who was a special assistant to the president of the African Development Bank and worked at the Commonwealth Secretariat in London, as the Deputy Director of Communication and Public Affairs and Spokesperson.