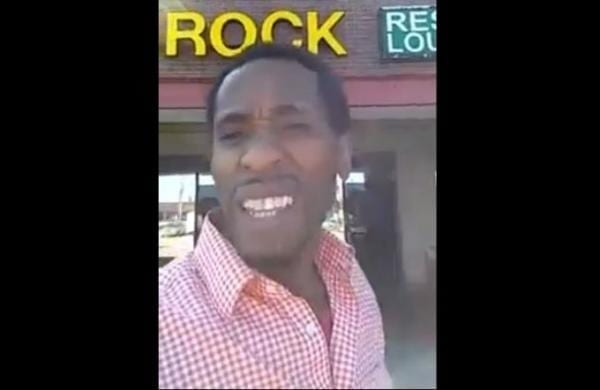 There is a video that has gone viral of a Kenyan man in the United States of America promoting a comedy show in Dallas, Texas. The video has not gone viral for his impressive hustle in the land of greener pastures, but for his ‘acquired’ American accent.

Infact, Kenyans on social media have called out to other Kenyans in diaspora to have him deported back to Kenya. The guy, clearly a ‘mundu wa nyumba’ attempts to pull off the black American slang but he is not fooling anyone.

If you were Raila Amolo Odinga, you would also call for Saba Saba. Wouldn’t you?