Opposition chief Raila Odinga held a thanksgiving rally in Busia county on Monday, June 27, as part of his rallies for the members of his camp jailed at Pangani and Muthaiga police stations over alleged hate speech.

Raila was in Busia for prayers for the county’s women representative, Florence Mutua, who was among the seven leaders held for the same.

And while in Busia, Raila, who is also drumming up support as he seeks to try his luck in the presidency come 2017, took it upon himself to confirm that Budalangi MP Ababu Namwamba is still Orange Democratic Movement (ODM) party’s secretary general. 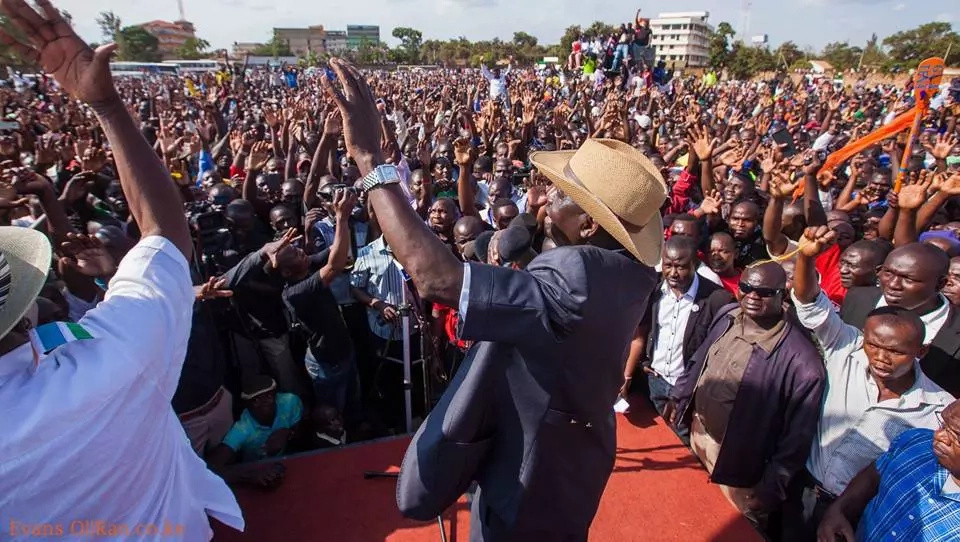 Ababu has in recent days fallen out with the party leadership with claims that he has been sidelined by members who want him out.

A week ago, he called a press conference together with a section of his friends from the Western region and said that they have noted with great concern how they are being treated as outsiders.

Even though he indicated he is not quitting the party, Ababu said that there are many options availbale should things fail to straighten up.

“As ODM leaders from Western Kenya, we reject the persistent habit in our party to treat us as second rate members. Certain forces within ODM have formed this habit of bullying, intimidating and wrongly profiling us for no good reason,” Ababu and his team said in a statement.

But speaking during the Monday rally, Raila said that in every democratic institution there have to be differences which are later sorted out.

He said that Ababu remains the party’s secretary general and their differences will be sorted out when the Central Committee convenes Wednesday, June 29.

Despite his assurance, Ababu was conspicuously missing at the Busia rally.

This prompted the residents to ask Raila where he was. The answer was, however, not forthcoming. 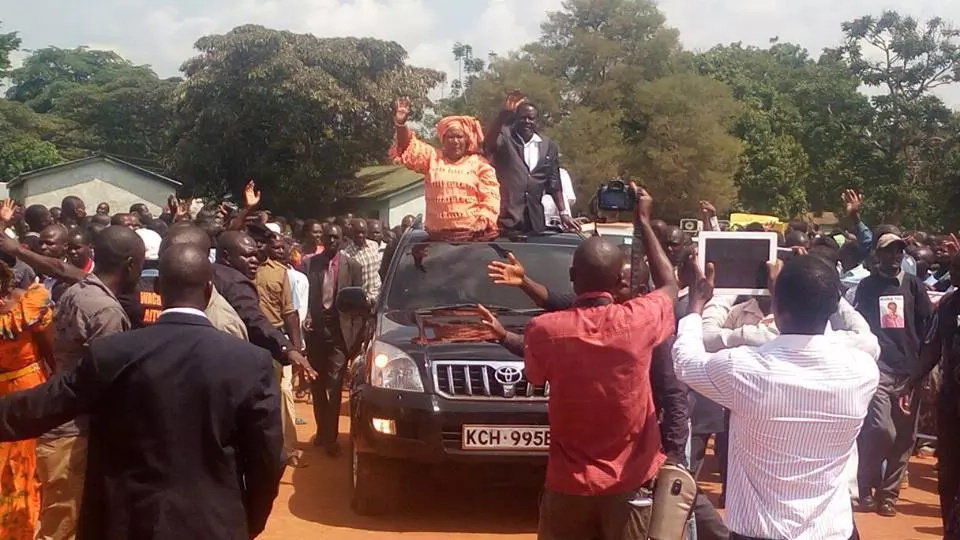 Raila Odinga with Busia women rep Florence Mutua as they wave to the crowds during their tour of the county. Photo: Raila Odinga/Facebook.

It is understood that while the rest of the ODM team flew to Busia, Ababu remained in Nairobi as the differences are yet to be solved.

On Tuesday, he was in one of the radio stations in the country to discuss the fall out.

Ababu is said to be on his way out of the party despite his next destination not very clearly, many speculate that he could join the Jubilee side ahead of the 2017 polls.

The Budalangi MP was first elected to parliament through ODM in 2007 and managed to defend his seat in the 2013 general election through the same party.