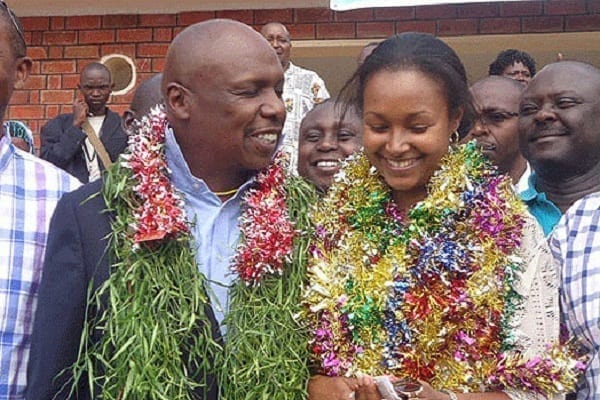 Mrs Moi has been appointed to the Tourism Research Institute board, a position previously held by Dr Margaret Wawuda Mwakima.

In a Kenya Gazette notice published on Friday, Tourism cabinet secretary Najib Balala stated that Mrs Moi’s “appointment was with effect from May 31 and revoked the appointment of Margaret Wawuda Mwakima (Dr).”

Gideon Moi’s wife bags Restaurant Of The Year award in…

In 2012, Mrs Moi was tasked to explain to the public investments committee how a company she owns acquired one of the KNAC properties from the receiver manager, Omondi Mbago, a former registrar-general.

Also, retired politicians and some of those defeated in the last elections have been picked to join boards of key government agencies in the latest appointments published in the Kenya Gazette on Friday.

Former Interior Cabinet Secretary Joseph Ole Lenku has been appointed a member and the Non-Executive Chairperson of the SACCO Societies Regulatory Authority (SASRA) for a three-year tenure.

Former long serving cabinet minister Noah Katana Ngala joins the Kenya National Library Services Board as a member, while another former minister, Gideon Ndambuki, has also been appointed a Trustee of the National Social Security Fund Board of Trustees.

Others handed appointments include conservationist Paula Kahumbu who will become the Non-Executive Chairperson of the National Museums of Kenya Board for the next three years.

Writer and founder of Story Moja Muthoni Garland was also appointed as a member of the Kenya Cultural Centre Board with the cabinet secretary revoking the appointment of Former Kenya Airports Authority Deputy boss implicated in the Atur brothers saga, Naomi Cidi Kumbatha.