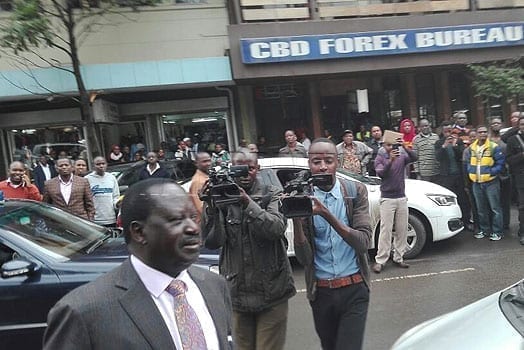 Mr Kuria strolled in about 20 minutes late amid whispers from the Cord brigade who kept inquiring on his whereabouts.

Kuria’s arrival prompted a quick change of sitting positions to have Mr Odinga sandwiched between Mr Kuria and Mr Ngunjiri. 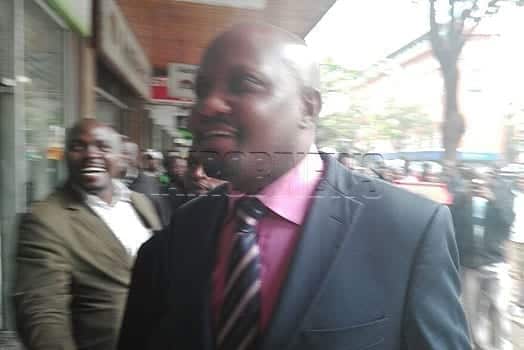 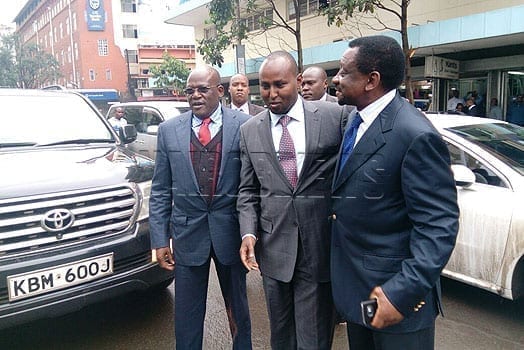 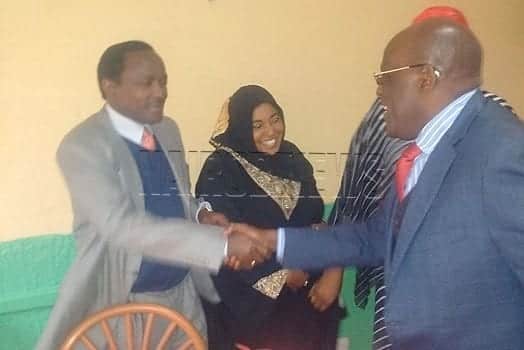 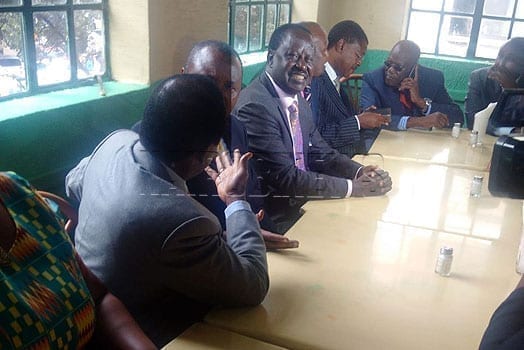 After being served with bottles of drinking water, the politicians chatted freely as Mr Mohammed occasionally shook his head when explaining the conditions at Pangani police station to Mr Wetangula.

Mr Odinga chatted with Mr Ngunjiri for a while before turning to Mr Kuria for a short talk.

When the individual orders were brought, Mr Muthama devoured his fish even before the rest of the members were served.

The politicians eat with occasional bursts of laughter before quickly joking that they had started eating before praying.

Mr Odinga devoured his fish with sorghum ugali and vegetables while chatting up Mr Kuria.

Mr Kuria struggled with his fish, removing the bones one by one

Mr Mohammed and Ms Jumwa, who are on the Ramadhan fast, were on phone chatting as their colleagues devoured their food.

Kabete MP Ferdinand Waititu did not join the group for lunch because he was attending a funeral in his constituency.

Timothy Bosire joined the team outside the restaurant for the final media briefing  just after they had finished their lunch.