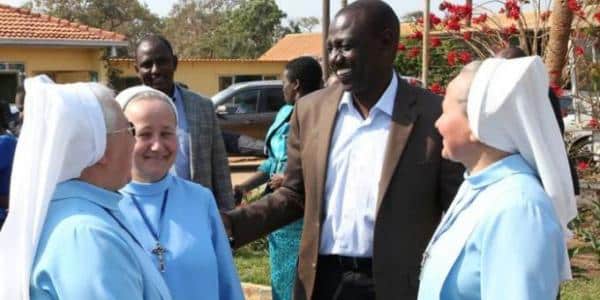 Deputy President William Ruto has been highly praised after giving a generous donation during a visit to Zambia in the past week.

On Wednesday, Ruto visited Kasisi Children Home in Lusaka where he reportedly gave Sh500,000 before jetting out of the country.

In an article published by one of the country’s media, theZambia Daily Mail, DP Ruto’s act has received commendations with even bible verses being quoted to signify appreciation for the deed.

The media house went ahead to school the country’s politicians asking them to learn a lesson from Mr Ruto’s charitable act.

“If some politicians boast of being rich, they must take a leaf from Mr Ruto. A good leader is seen from giving part of what God has blessed him or her with,” wrote the daily.

The Deputy President was further described as a selfless leader even being compared to Facebook co-founder Mark Zuckerberg who recently donated part of his wealth to charity.

“The lesson drawn from his gesture is that it is important for politicians to be selfless and care for the poor and less privileged. A great leader is sometimes measured by the degree of selflessness,” added the media house.

DP Ruto was in Zambia to attend the inauguration of President Edgar Lungu who was elected in the recently concluded polls that were hailed for being peaceful.

After conclusion of the event, Mr Ruto passed by the children’s home where he is said to have dished out the money.