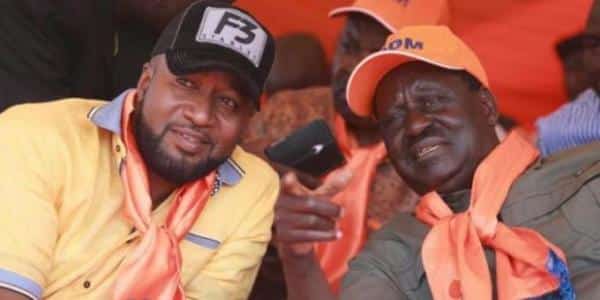 Speaking in Likoni constituency, Mr Joho stated that he will be defending his Mombasa Gubernatorial seat in the upcoming elections.

He added that he will also not be Mr Odinga’s running mate despite numerous calls urging him to tag along with baba.

“I do not want to be Raila’s running mate. I am waiting for 2022 when I will battle it out for the national top seat,” Joho said.

“I have confidence that I have already retained my seat in Mombasa so there is no point campaigning here. I will spearhead presidential campaigns all over the country,” he added.

The Mombasa Governor has in the recent past been at the forefront in ODM rallies around the country with many recognising his abrupt vigour in campaigns.

Speculations have been rife that the former Prime Minister could choose Joho as his running mate following the recent discord that has been witnessed in the CORD coalition.

ODM leaders have also been urging Joho, who is also ODM Deputy chairman, to rally behind Odinga since neither Wiper leader Kalonzo Musyoka nor FORD Kenya’s Moses Wetangula seems willing to be Raila’s running mate.