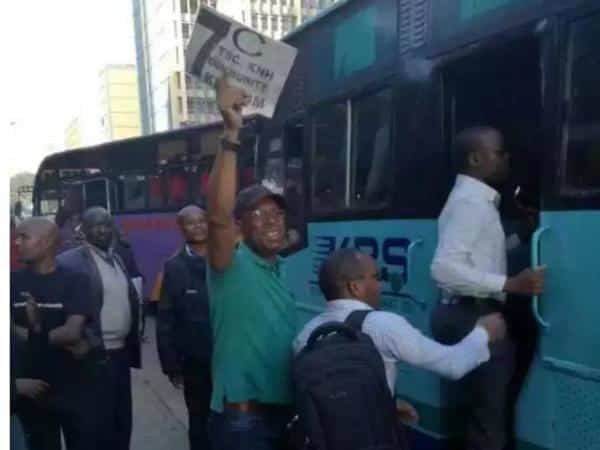 Safaricom is the biggest telecommunication company in Kenya with a net worth billions of shillings.

Its boss, Bob Collymore, surprised many Kenyans when he took to the streets of Nairobi on the morning of Thursday, December 15, and assumed the role of a matatu conductor (makanga).

Collymore was pictured calling passengers to the matatus plying the city centre-Upper Hill route, with many standing to take pictures. 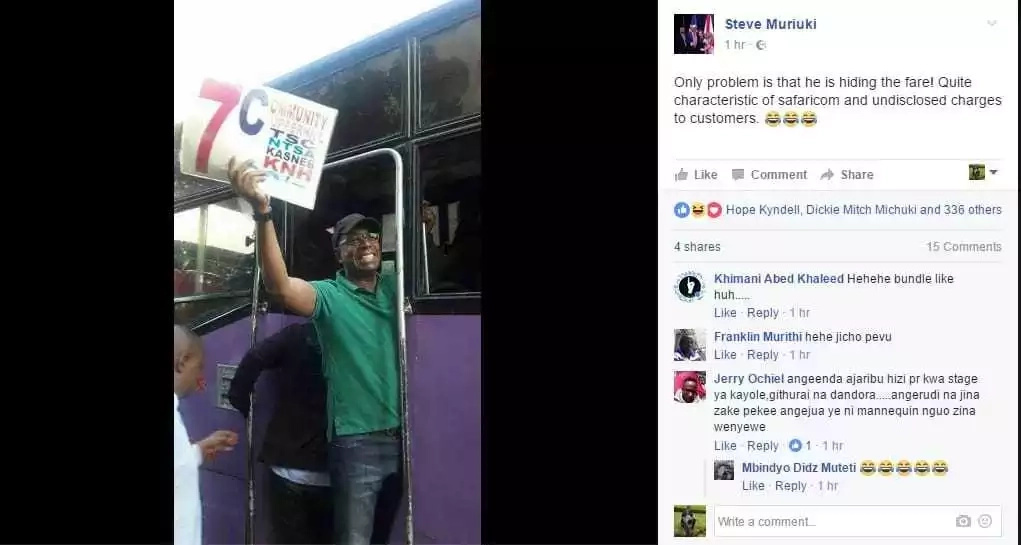 Safaricom also paid fares for passengers in what the company says is rewarding its customers as 2016 draws to the conclusion.

Now Nairobi Senator Mike Sonko has unleashed a photo of himself as a makanga and has joked that no one should look down upon anyone because things could change tomorrow.

Sonko, before he joined politics, was a matatu driver and owned a number of matatus that plied the Town Centre-Eastlands route.

Kiraitu, Munya team up to campaign for Uhuru