– Among them were Uhuru’s number one detractors

In a bold move, President Uhuru Kenyatta honored two of his fiercest critics from the opposition coalition, CORD, with state honors.

Alongside a nominated Senator, they all received the Order of the Burning Spear (CBS) for their exemplary services to the country as Kenya marked its 53rd Jamburi Day on Monday, December 12. 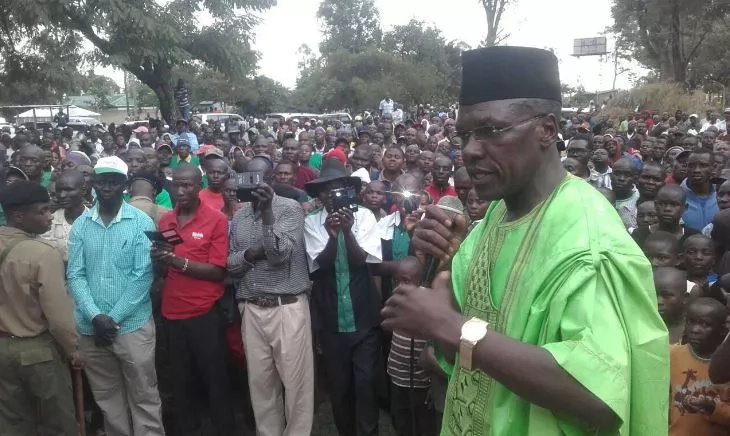 “These leaders have been recognized for their distinguishes and outstanding services rendered to the nation in various capacities and responsibilities,” said Uhuru in a special issue of the Kenya Gazette.

As part of the CORD coalition, these opposition leaders in the various capacities have been supporting Raila Odinga’s attempt to succeed President Uhuru in the upcoming 2017 General Election.

They have been at the forefront of calling out corruption and scandals in the Jubilee government as well as participating in anti-government demonstrations such as the one that saw IEBC vacate office.

Khalwale’s social media use is dedicated to reminding the Jubilee government how they should not be in office, how they have failed the country and that Kenya’s next president is Raila, instead of his party leader, Moses Wetangula, who is also vying for the top seat.

Aside from the three, 42 of 47 governors were also recognized. Here are some of the reasons why they received the CBS:

1. Siaya Governor Cornel Rasanga – establishing the Public Procurement Administrative review board as its secretary and manager before becoming governor.

4. Mombasa Governor Hassan Joho –For his efforts to improve the health sector in Mombasa.

Have something to add to this article or suggestions? send to [email protected]

Opposition MPs are free to meet me, says President Kenyatta