Kenyans have marveled at photos of ODM’s Raila Odinga locked into an embrace with Bomet’s governor, Isaac Ruto.

NASA has set camp in Bomet and is drumming up support ahead of the much-awaited August 8 General Election. 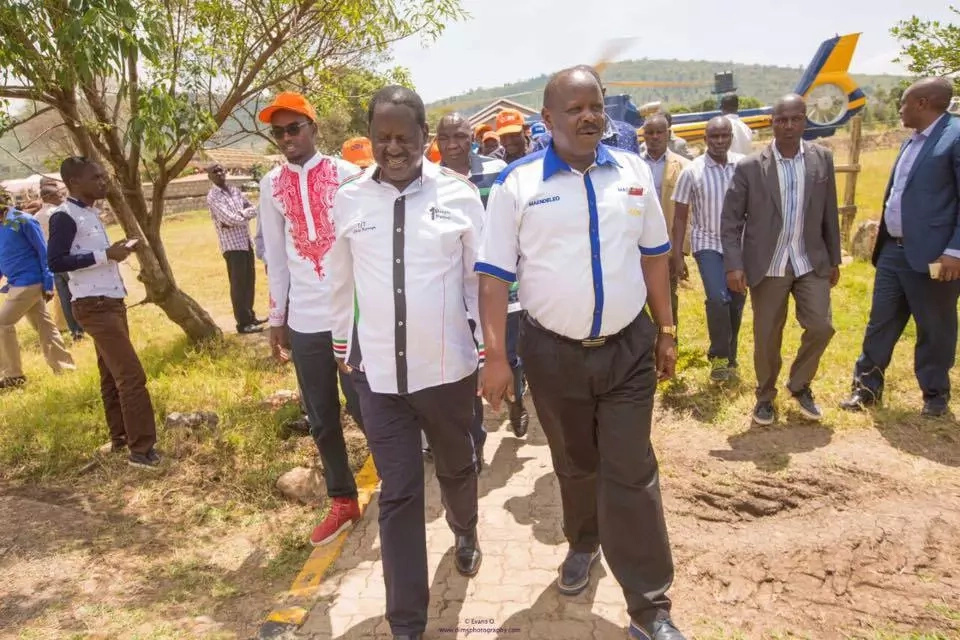 Raila was hosted by Ruto at his home and the two were photographed holding hands while walking down the overwhelming, green, Bomet terrain.

“It’s a pleasure to be hosted by the Chama Cha Mashinani Party Leader as we seek to unite the Opposition towards forming an all inclusive government to serve all Kenyans,” Raila spoke of their meeting.

“The claims that I will join Nasa are incorrect. People are just speculating. I have not made such a statement,” Ruto told Nation in a phone interview.

On Tuesday, the Bomet governor, who claimed his seat on a Jubilee ticket, claimed he was willing to welcome opposition into his stronghold so that they can stifle Jubilee’s numbers in the Rift Valley region.

Which he clearly has.

On the question of meeting with Raila on Saturday, February 4 however, Rutto affirmed the meeting, but added that his union with Raila Odinga on Saturday was purely to promote democracy, rather than to join forces with NASA as speculated.

Have anything to add to this article or suggestions? Share with us on [email protected]