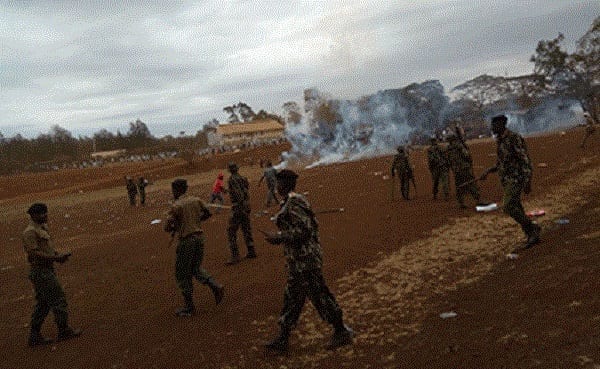 Chaos has rocked a venue in Marsabit where President Kenyatta is expected to campaign today.

Supporters allied to the two leaders attacked one another with rocks after a shouting-and-singing match failed to produce a clear winner.

Mr Yattani and Mr Abshiro come from two dominant tribes in the county— Gabbra and Boran— that want one of their own in the top county seat.

Clan and tribe play a major role in Marsabit politics, as in the rest of northern and eastern Kenya.

Calm was only restored after police intervened, with more security personnel being called in to help restore order.

The JP team has already arrived in Moyale town and they are set to address supporters there before moving to Marsabit town.

Ciku Muiruri: I Apologise to Anne Waiguru for Judging her Without Facts

Emmy Kosgei: My Nigerian Man Treats Me Like a Queen