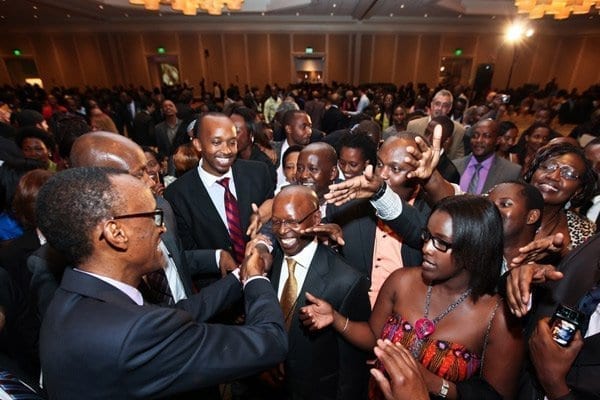 Kagame was handed another seven-year term in office following his victory in the August 4 poll.

Uhuru is among 20 heads of state and government expected to attend the inauguration.

Several dignitaries and thousands of Rwandese nationals are expected at Amahoro National Stadium for the fete.

Kagame garnered 98.79 per cent of the total votes cast in the poll that attracted two other candidates.

Story of Kenyan Pilot Peninah Karanja Who Made History in…

The Rwandan leader, who has been in power for 17 years, was challenged by Frank Habineza and Philippe Mpayimana.

He is one of the African leaders who lauded Uhuru for his re-election saying he will continue working with Uhuru to better the people of Africa.

Uhuru is also expected to attend the inauguration ceremonies of governors- elect Mike Sonko (Nairobi) and Joyce Laboso (Bomet). The two will be sworn in on Monday.

Laboso defeated Isaac Rutto (NASA principal, Cha Cha Mashinani leader) in the race after getting176,545 votes against the latter’s 86,462.