Nothing stirs national debate quite like the subject of nationality, such as a why a Kenyan runner is declared the first Irish finisher in the Dublin marathon.

Freddy Sittuk doesn’t consider himself Irish, nor has he any intention of representing Ireland. Since 2012 he’s been running on and off for Dublin club Raheny Shamrock, while also returning to his native Kenya and the famed training grounds around Eldoret, high in the Great Rift Valley.

Sittuk’s fourth-place finish in Dublin – behind outright men’s winner and fellow Kenyan Bernard Rotich – certainly caught a few people by surprise, not least Dundalk runner Gary O’Hanlon, who initially believed he was the first Irish finisher on the day only to be informed moments later that actually he wasn’t.

According to Athletics Ireland’s rulebook, any member of an affiliated club, resident in Ireland for six continuous months, is entitled to compete for a national title. Since 2003 the Dublin marathon has doubled as the national marathon, Sittuk thus becoming the first Kenyan-born Irish winner.

Only O’Hanlon is not sure. His 2:18:52 was a personal best, leaving him 11th overall, and while Sittuk clocked 2:16.05 in fourth place, O’Hanlon claimed he was unaware Sittuk was also on the line competing for the national title.

Kenyan Diaspora Vicky Ngari promotes Kiondo to the world via… 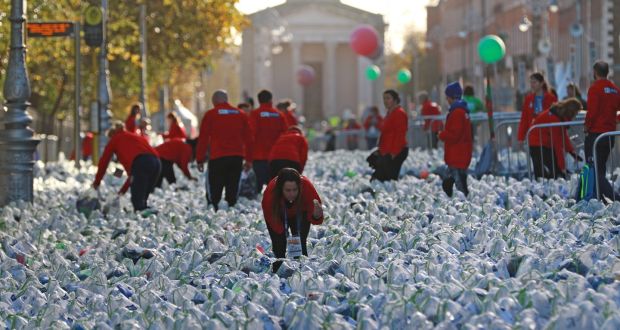 “I didn’t know he [Sittuk] was part of the national field, was only told after I crossed the line,” said O’Hanlon, who at 43 only resumed his competitive career five years ago, having previously been a top-ranked junior.

“Look, I was sure I’d won the national title, and in my head that’s the way I ran. I don’t mean to knock it, but this opens the gates, and we could be flooded now with athletes coming here to win national titles.

“You hear about these Kenyans running for Turkey, or wherever, and Fionnuala McCormack giving out about missing out on medals. It’s different if they’re living here on a permanent basis.

“I’ve always wanted to win a national title, and I run a best by a minute here so in my mind I am national marathon champion. I was thinking a lot about that coming in the closing miles, about my new born son [Ben], and how I was going to celebrate it. I definitely feel like I’ve earned it.”

Rotich’s winning time of 2:15:52 also earned him the top prize of €12,000, while the first Irish finisher got a bonus of €3,500. Defending Irish marathon champion Sergiu Ciobanu, the Moldovan native who after years of residency now represents Ireland, was third best Irish finisher, with Stephen Scullionfourth best.

For O’Hanlon it was all about the honour. A native of Kilkerley in Dundalk, where he works as a personal trainer, he’s returned to marathon running with great determination in recent years, having previously missed out on national titles on the track and cross country.

“I had it geared up in my mind, to come through in the second half, and got past Sergiu, and then Stephen,” he added. “I felt in control the whole way, ran on my own the whole way. I don’t want to sound bitter about it, but when I heard about this, Kenyans denying other people medals, I never really thought it would affect me.”

The question was put to Sittuk, who did run a brilliantly brave race, keeping himself at the front of the race all the way. Having first visited Ireland in 2012, he’s previously won marathons in Belfast (2014) plus Limerick and Derry (both 2015), and the now 35-year-old felt he was entitled to be part of the race for the national title.

“I think yes, it’s fair because I have run for Raheny since 2012 and I have competed for them in cross-country and also in the half-marathon,” said Sittuk, not long after returning from the medical tent after receiving attention, such was the extent of his effort.

The debate over the legitimacy of a Kenyan runner being the top Irish finisher in Dublin, however, continued long after the finish.

The Retrosexual: Forgive the habits of Kenyans in Diaspora