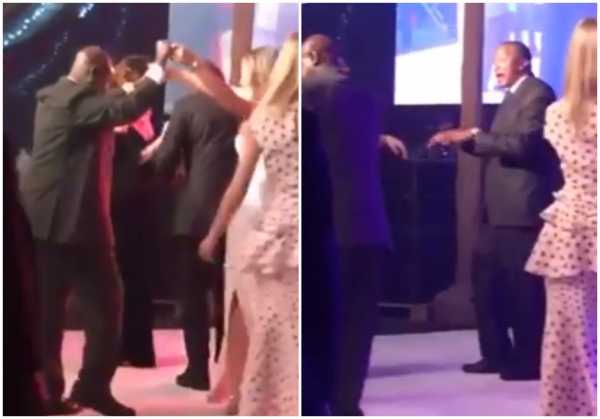 President Uhuru Kenyatta was sworn in for a second term in office on Tuesday November 28th. The real celebration was held at State House.

The events at Kasarani stadium on Tuesday were just a formal process to swear in Uhuru as president. The real celebration for Uhuru’s inauguration was held at State House that Tuesday night.

From Kasarani special guests were invited to State House for lunch. The state luncheon was attended by Israeli Prime Minister Benjamin Netanyahu.

The celebrations at State House went on until the night. Ugandan strongman Yoweri Museveni stuck around for the night celebration.

Museveni joined Uhuru on stage to dance the night away. The two presidents showed their dancing skills as they danced on stage with beautiful white ladies.