Angry Kitui residents  early Thursday morning  impounded and burnt down a lorry transporting charcoal from Mwingi to Nairobi, following Kitui governor Charity Ngilu’s order to ban the exportation of charcoal from the county to other counties.

The Kitui governor had early this month  called on the crackdown on anybody found burning or ferrying charcoal from Kitui to other counties saying that charcoal burning was killing the economy and destroying the environment.

The government has however warned Kitui residents against terrorizing charcoal traders transiting the county from the neighbouring Tana river county. 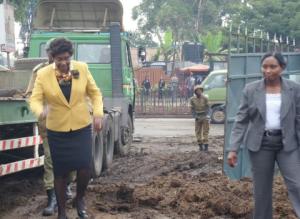 Nairobi City Ranked High In The List Of Most Expensive…

If you reject self, who’ll accept you?