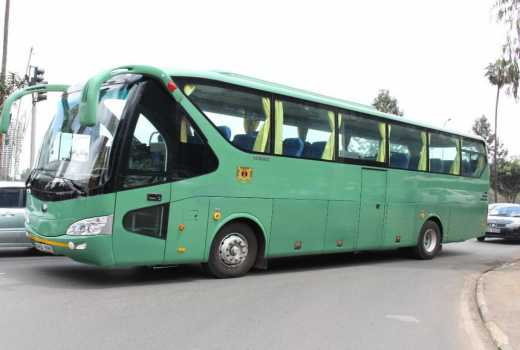 The National Youth Service (NYS) will from Thursday deploy 27 buses to help alleviate the commuter crisis in Nairobi occasioned by the ongoing heavy rains.

NYS Director General Richard Ndubai said the decision to deploy the NYS buses was made to save commuters from the high fares that are charged by public commuter vehicles during the current season.

Ndubai said the NYS buses will charge a flat of Sh50 regardless of the distances and the routes used by commuters from high population areas of Nairobi.

He said while more vehicles will be deployed at a later stage, the routes that will immediately benefit from the NYS buses include Kibera, Githurai, Mwiki, Mukuru kwa Njenga, Dandora, Kariobangi and Kawangware.

“We have witnessed people in Nairobi walking long distances in the rain and most of the time due to high fares charged by commuter vehicles. We shall do the much we can to alleviate the suffering,” he said.

This will definitely cause commotion at various stops the buses will make.

The transport sector is controlled by private operators and the move by NYS is likely to face resistance.

President Kenyatta had told NYS to diversify in their operations to survive in the market. It is not clear if the NYS buses have been cleared to operate as Public Service Vehicles as per the law.