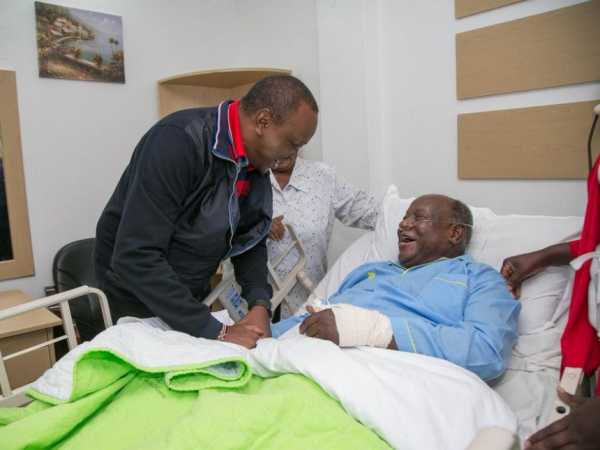 The body of the politician, who has been eulogised as a second liberation hero, will be reduced to ashes at the Lang’ata Cemetery on Friday, in accordance to his wishes, the family said.

And over the years, a number of politicians, church leaders and sports personalities have also chosen that path, some against the opposition of family members and their clans.

Here are some of them:

The former Anglican archbishop stoked debate in death within the church he had at one time led and among Kenyans when in 2005, his remains were created in what his family said was in keeping with his will.

Some three years earlier, the primate had cremated the remains of his wife Mary Kuria.

The body of Mrs Mary Nyambura Kuria was turned into ashes at the Langata Crematorium, only two days after she passed away at The Nairobi Hospital.

The news of the cremation came as a surprise to mourners who gathered at Nairobi’s Anglican All Saint’s Cathedral for a thanksgiving service.

They had expected that the service at the cathedral would be followed by a burial.

The decision led to a debate in the church about cremation, with a majority of the members voicing strong objections.

Almost a decade ago, former Kanu minister Peter Okondo had also been cremated in an exercise that caused divisions between the minister’s family and his Banyala clan members.

Busloads of villagers arrived in Nairobi, only to learn that his white wife had had the body cremated.

His first wife, Ruth Florence Okuthe, cremated the 62-year-old on July 9, 2009 at Kariokor Cemetery, four days after his death.

His family buried an empty coffin behind his bedroom in Tamu, Muhoroni District, in a mock funeral, since he had been cremated according to his wishes.

The Late Nobel Laureate Wangari Maathai was cremated in 2011 in a largely private ceremony at the Kariokor Crematorium.

The family of the environmentalist and the government agreed to cremate the body before the remains were interred at the Wangari Maathai Institute for Peace and Environmental Studies, in accordance with her wish.

The two-time Africa Classic professional golf champion, who died in 2015 after a long struggle with kidney problems, was cremated at the Kariokor Crematorium.

The 55-year-old player died at the Nazareth Hospital, just a day after he had been admitted at the health facility.

He had been hospitalised a year earlier, and although his condition improved, he did not resume playing golf.