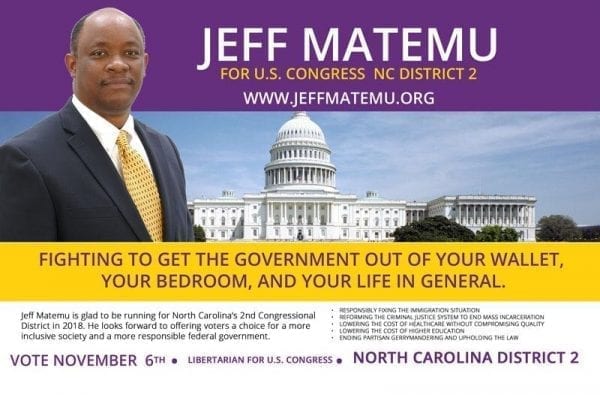 Jeff Matemu who is running to be the Representative for North Carolina’s Second Congressional District has issued a comprehensive plan on what he would wish to accomplish if elected congressman for North Carolina. Here below are the Issues and Solution:

Kenyan Scholar Prof Ombati Elected To Head Senate Of US…

The evidence from the economics literature suggests that licensing has had an important influence on wage determination, benefits, employment, and prices in ways that impose net costs on society with little improvement to service quality, health, and safety. To improve occupational licensing practices, I propose four specific reforms.

If federal, state, and local governments were to undertake these proposals, evidence suggests that employment in these regulated occupations would grow, consumer access to goods and services would expand, and prices would fall.

The Best of 2012’s A-Z of The Kenyan Facebookers