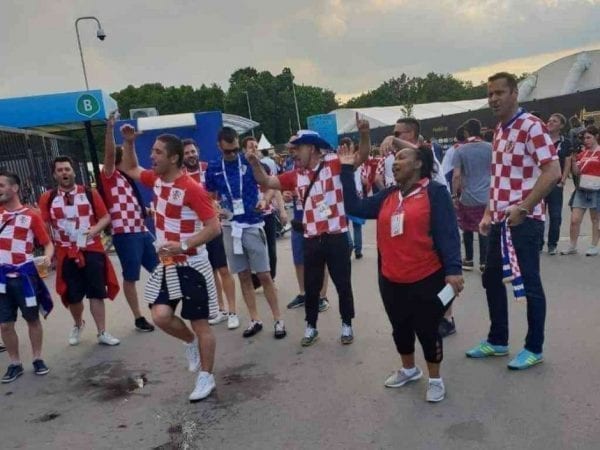 Around 20 Kenyan parliamentarians have travelled to Russia to attend the World Cup football tournament.

The Star has established that 14 members of the National Assembly and six senators are in Russia at the expense of the Kenya government.

Sports CS Rashid Achesa said officials from his ministry have not travelled to Russia.

“We were invited but opted out. It is too expensive and a waste of money, ” he said, adding that it would have cost the government about Sh3.8 million if he had traveled.

He said his ministry had recommended six MPs from the Sports committee to travel and was not aware of any others who had travelled.

“Many others are in Russia but they may have travelled on their own,” he said.

Photos of Millicent Omanga being ejected during the burial…

No Kenyan footballer was sponsored by the state to travel to Russia and Kenya continues to perform dismally in the Fifa rankings.

The politicians travelled in two batches, one group leaving on July 2 and another on July 5. They are expected to stay in Russia until after the World Cup final on July 15.

The parliamentary delegation is comprised of members of the Committee Sports, Labour and Social Welfare as well as the Parliament’s football Club called Bunge FC.

Senators were to be led by Johnson Sakaja (Nairobi) but he had not left by yesterday.

The lawmakers traveled when accommodation charges, air tickets and food prices have skyrocketed as the world floods into Russia for the World Cup that happens every four years.

Parliament yesterday defended the trip as official benchmarking to give MPs first hand experience on how to host international tournaments.

“It is their responsibility to understand sports, how to host such international tournaments. This is not a holiday and it is too simplistic to look at it as a joyrider mission,” said Senate Clerk Jeremiah Nyegenye who is also the CEO of the Parliamentary Service Commission that determines the responsibilities and remuneration of legislators.

“From where we stand, this is official business, only that it is happening in Russia. Had it been happening in Somalia or even Uasin Gishu county, we would still have a team there,” he said.

Economy air tickets from Nairobi to Russia cost around $4,000 (Sh400,000) at the moment because of the heavy demand during the World Cup.

Parliament is likely to have paid at least Sh8 million just to book air tickets for the 20 MPs.

The lawmakers are also entitled to daily subsistence allowance.

According to the Salaries and Remuneration Commission ceiling of December 2014, lawmakers in Russia should receive Sh86,200 daily. To provide per diem for 20 MPs in Russia for 12 days would cost Sh20,688,000.

It is not clear if the legislators also had their hotel rooms paid for. Five star hotels in Moscow are charging up to Sh800,000 per night for their best rooms during the World Cup.

It is also not clear who is paying for the match tickets. A ticket to watch the World Cup final this Sunday costs around $2,500 ( Sh250,000). It could cost Sh5 million for 20 MPs to watch the final.

Tickets for the group stage matches since the MPs arrived would have been slightly cheaper.

Clerk of the National Assembly Michael Sialai and Clerk of the Senate Jeremiah Nyegenye confirmed that legislators are in Russia.

They said the lawmakers had honoured an invitation by the Ministry of Sports but their bills are paid by the Parliamentary Service Commission.

Nyegeye said six senators – three from the Sports, Labour and Social Welfare committee and  three from Bunge FC had traveled.

The 14 members of the National Assembly include six MPs from the Sports, Culture and Tourism committee and eight are from Bunge FC.

“They were invited in order to get firsthand experience on international football tournaments and understanding of international standards that can form deliberations on sports development in Kenya,” Sialai told the Star.

He said they are attending the tournament in an official capacity and will write a report to be tabled in their respective Houses.

Kenya has never reached the World Cup but the Harambee Stars did qualify for the African Cup of Nations in 2004.

Football Kenya Federation said they had facilitated the MPs to acquire Fan IDs, a mandatory document that provides visa-free entry to Russia for those traveling to watch the World Cup.

“Our task was to help them acquire Fan IDs,” said Barry Otieno, the FKF Communications Officers.

He said there was no FKF contingent in Russia unlike the 2014 World Cup in Brazil.

“In 2014, there was an arrangement through State House which saw the Harambee Stars travel to Rio. This time round, we had none. Only the president Nick Mwendwa traveled yesterday (Tuesday) following an invitation by Fifa,” he said.

Otieno declined to reveal how many Fan IDs the FKF issued.

“I would be getting into personal matters if I discussed such numbers,” he said.

Sports ministry PS Peter Kaberia said the the ministry and Parliament usually split the cost of such trips but he could not provide details of the ministry’s contribution to the Russia trip.

He said the ministry had also assisted normal fans and businessmen travelling to Russia.

“Some have been stuck in Moscow and St. Petersburg but we have stepped in to help them,” he said.

The trip rekindles memories of the Rio Olympics in 2016 which resulted in the DPP recommending the prosecution in 2017 of the then Sports CS Dr Hassan Wario and various sports officials for financial losses over irregular ticket purchases, accommodation expenses, and lost athlete allowances.

Solution to long commute for a Kenyan in Seattle

Dalmas: Why we are solidly behind Kidero