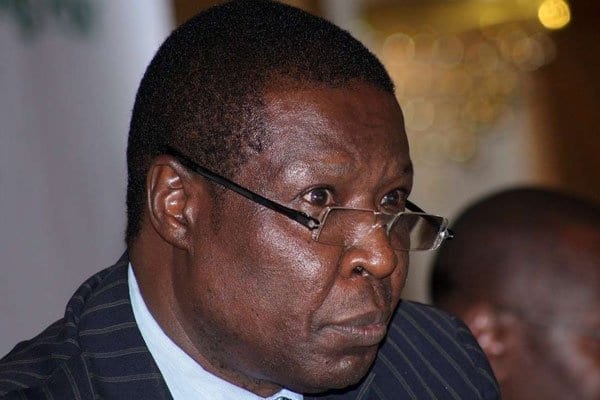 The National Intelligence Service (NIS) Director of counter-terrorism Alex Muteshi has been appointed to head the department of immigration services.

Mr Muteshi will be filling the vacant post left by Maj Gen (Rtd) Gordon Kihalangwa who was promoted as a Principal Secretary in the same State department.

The NIS operative will now be in charge of the critical government department that controls entry and residence of foreigners, as well as issuance of passports to Kenyans.

Little is known about the new director except that as the head of the Strategic and Coordination Division at the NIS, he was the de facto number two for NIS director Maj Philip Kameru.

Mr Muteshi is also famously remembered when he appeared in the induction meeting of the 12th Parliament following the 2017 General Election.

“Be very careful what you share with diplomats, they are intelligence officers,” Mr Muteshi was quoted as saying by a local publication then.

At the Immigration department, Mr Muteshi will find his experience as the director of counter-terrorism at the NIS relevant in an era where there have been concerns over Kenya’s identification system, with claims of terrorists paying to be issued with valid Kenyan identity cards, before using them to commit crimes.

Before being named as director of the department in August 2014, Maj Gen (Rtd) Kihalangwa had a long and distinguished career in the Kenya Defence Forces before being thrown into the public service at a time after his retirement and at a time Kenya was piloting its e-passport programme.

The new Immigration PS, who holds a PhD in International Studies and Diplomacy, served as Head of the Military Police before he was elevated to Assistant Chief of Defence Forces responsible for personnel and logistics at Defence Headquarters.

Shoes 4 Africa‏:Donate shoes for a worthy cause

VIDEO: Trouble at Mudavadi Rally as Sakaja and Bishop Wanjiru fight for Microphone