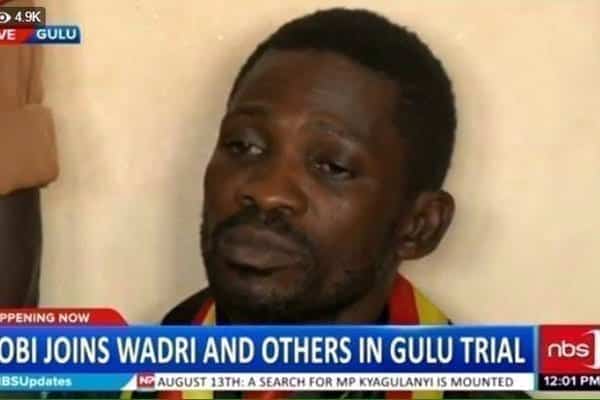 It is not over just yet.

That is the message Uganda police sent Kyadondo East MP Robert Kyagulanyi, alias Bobi Wine, moments after he walked to freedom in Gulu on Thursday.

The visibly frail Kyagulanyi walked out of the court with difficulty and was re-arrested by officers who were waiting outside.

He was later presented before Gulu Magistrate Court where he was charged with treason.

He was then remanded to Gulu Prison until August 30, when he will be returned to court with his co-accused.

The MP and his co-accused have been allowed to access medical attention in any private facility they wish but under the security of the prison authorities.

Earlier at the Court Martial, Mr Nicholas Opio, one of Kyagulanyis’ lawyer described the court appearance as a “charade intended to continue abusing” his client’s rights.

“We arrived here at 4am we waited, they brought him in at about 9am and said they were no longer interested in pursuing the matter but the magistrate’s court will take it over,” Mr Opio said in a telephone interview from Gulu.

He added that he was happy his client was being transferred to a civilian court, saying they intend to immediately apply for bail.

Mr Wine has been in detention since last week, along with four fellow MPs and dozens of others.

The suspects, including Arua Municipality MP-elect Kassiano Wadri, are expected in court next week.

They have been charged with treason for stoning the presidential motorcade.

Africa Underground Returns to Celebrate Kenya on the National Mall