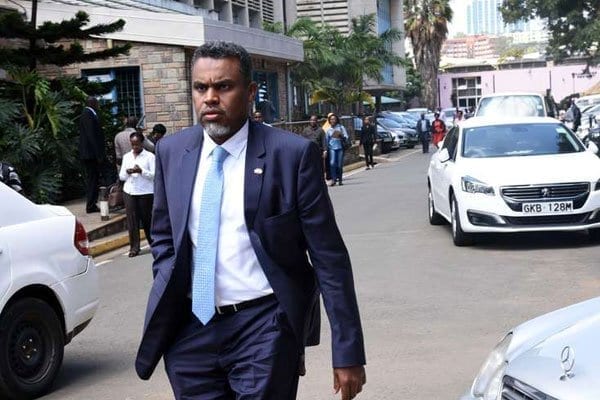 Mr Haji has directed Director of Criminal Investigation George Kinoti to investigate the illegal allocations and approvals that have cost the country’s economy billions of shillings.

He wants the chief crime buster to “establish the circumstances, procedures and persons who irregularly and/or illegally issued the approvals.”

In a statement, Mr Haji on Thursday said he had instructed Mr Kinoti to send him a report on the investigation in 21 days and thereafter, progress updates every 21 days

Already, the National Environment Management Authority (Nema) has demolished multi-billion-shilling malls in the capital Nairobi, with more set to come down.

But while the losses are being borne by the owners of the buildings, the investors have turned the heat on government agencies that approved the investments.

The investors have maintained that they obtained requisite permits from relevant government authorities before they started to erect the now condemned buildings.

Some of the government agencies concerned with such approvals are Nema, the Nairobi City County, Water Resources Management Authority and the National Constructions Authority.

On Thursday, President Uhuru Kenyatta said officials who nodded to the illegal constructions and plot allocations will be punished.

“We are doing everything to discourage corruption. It is possible to do clean business in Kenya, this is what we want to encourage,” the President tweeted.

President Kenyatta’s resolve on the demolitions came at the same time with that of Nairobi Governor Mike Sonko said he is ready to be a one-term governor but ensure that Nairobi regains its glory.

He said that he will ensure that all properties built on waterways, road reserves and riparian land are removed.

Mr Sonko said that the law should not be applied selectively and that he is ready to lead by example, adding that even his own property in Buru Buru, which has been built on a road reserve, will also be brought down.