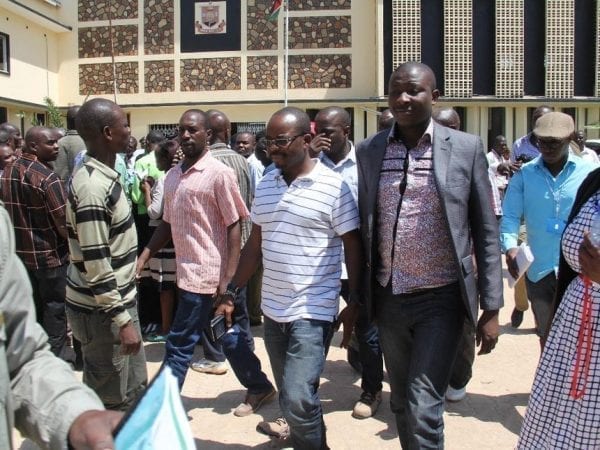 ODM has refuted claims that Silas Jakakimba travelled to Harare on behalf of party leader Raila Odinga to cause election chaos.

Zimbabwe police claimed Jakakimba went to Harare as Raila’s envoy during the July 30 vote and incited protesters to reject the results.

Supporters of the defeated Movement for Democratic Change Alliance leader Nelson Chamisa took to the streets in violent protests after Emmerson Mnangagwa was announced winner.

In a statement on Tuesday, ODM executive director Oduor Ong’wen said the orange party did not send anybody or any representatives to Harare.

“Jakakimba travelled to Harare on his own volition and was neither representing the party nor the party leader. Although he is known to Raila, he is neither an employee of ODM nor of the Raila Odinga Secretariat,” Ong’wen said,

Jakakimba was sought by Zimbabwean police for interrogation on the the chaos that left at least six dead.

Zimbabwe police chief spokesperson, senior assistant commissioner Charity Charamba, was quoted by the Daily Mail saying: “The Zimbabwe Republic Police is keen to interview Silas Jakakimba, a Kenyan national, in connection with the disturbances which occurred in Harare on August 1.”

He asked citizens to inform police of Jakakimba’s whereabouts.

Jakakimba dismissed the claims saying his involvement “is not even remotely possible”.

He added that it was Raila who asked him to convey his goodwill message to MDC alliance in its last public rally days to the July 30 election.

Jakakimba said he was received at the airport by Tsvangirai’s wife and his former PA, Joseph Mungwari, information he says can be verified by the country’s immigration officers.