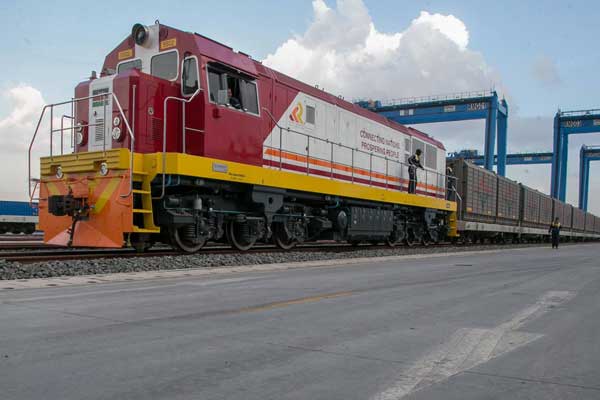 A businessman at the centre of questionable payments from the Standard Gauge Railway (SGR) compensations received Sh221, 375,000.

Documents show that the businessman’s three firms were paid in December 2016 for four parcels of land in Embakasi, Nairobi. The payment was made for Sh43, 815,000 a piece for three parcels while another was Sh89, 930,000.

“We kindly request you to transfer the above amount from our account (number withheld) to individual accounts as per the attached schedule,” read the letter signed by top NLC officials.

The businessman and his kin, who is a co-director in the firms, are among those listed for prosecution, but who were yet to be arrested by yesterday. The Ethics and Anti-Corruption Commission (EACC) has asked the suspects to surrender.

On Saturday, DPP Noordin Haji said EACC had embarked on investigations that established that the Ministry of Lands irregularly allocated and registered land situated on the railway reserve.

It is alleged that NLC chair Muhammad Swazuri disregarded resolutions by fellow NLC commissioners and authorised payments to individuals with fake land documents for the SGR.

The officials, including Swazuri and KR boss Atanas Maina, will be arraigned in court today.

They will answer to charges of facilitating fraudulent acquisition of public property in Embakasi and “other related activities”.

Besides Tom Chavangi and Francis Mugo, others who were still being held by yesterday are Caroline Kituyi Nabalayo and Peter Ng’ang’a, both who are registrars of titles at the Ministry of Lands.

Others are Principal Land Registration Officer at the Ministry of Lands Gladys Mwikali Muyanga and Obadiah Mbugua Wainaina, a private surveyor.