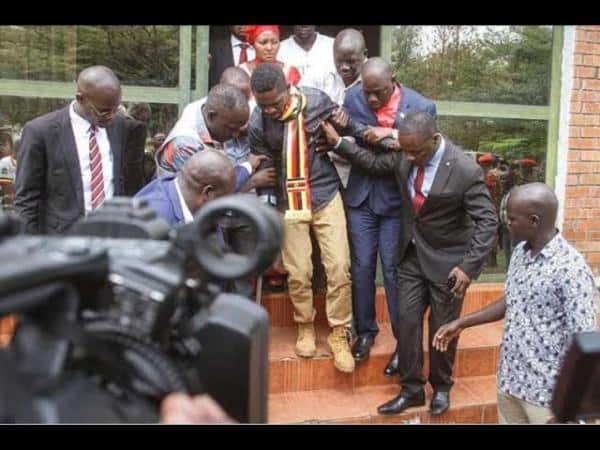 Outside the court, there were two stand-by ambulances to transport the suspects, who were tortured in detention, for specialised treatment.

But Mr Wadri is not allowed to go to Arua Municipality in the next three months unless cleared by court, according to Justice Mubiru.

Dozens of supporters were celebrating as the suspects went through the bail procedures before leaving court.

The suspects are supposed to appear before the Gulu chief magistrate’s court on August 30 and any other time that they may be required to.

Hon Kyagulanyi a.k.a BOBI WINE In Court On His Wedding Anniversary. Barbie Wrote Him An Awesome Note

Wake Up, Fathers! You’re the cure to the world’s problems!

How Ruto’s call won over Governors