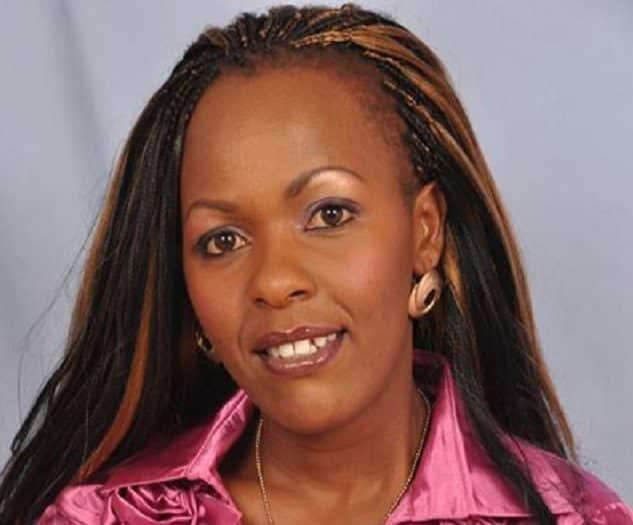 Every Action Has Consequences: Many single women in their 30s or older are suffering constant pressure to get married. This is because society values marriage, and oddly looks at women who are older but unmarried.

At a time when norms and values around marriage are changing, the public is divided over the role marriage plays in society. ​

It is the joining of two people in a bond that putatively lasts until death, but in practice is increasingly cut short by divorce.

A former presidential candidate has raised eyebrows after revealing to the public that she is looking for a husband.

Kingwa Kamencu, has sent social media into a frenzy claiming that men have refused to marry her because of her small bust.

Ms Kamencu who contested the 2013 election, further stated she was consulting with family members to find a solution to her problem.

“Woke up depressed as I realized that it is one month to my 35th birthday and all men have refused to marry me. When I publicly announce my love for them at their workplaces or kidnap them to my house to force them to move in with me, instead of accepting my love gracefully, they scamper away.”

“For a while I thought there was something wrong with my approach but today I recognized the real source of the problem: my breasts are too small,” the 34-year-old posted on her Facebook page.

“I have called my family for a brainstorming meeting to figure out how to resolve this and will relay the resolutions to all stakeholders and interested parties. Hope is at hand,” she added.

This is not the first time Kamencu is causing a stir on social media.

In November last year, she made headlines after saying she was sex-starved, even after sleeping with millions of men.

She posted on her timeline that she was yet to achieve her annual sex target of sleeping with 50 million men.

By her calculation, Kamencu sought to sleep with 130,000 men daily, approximately 4,000 every hour.

Kamencu also stripped naked the same year while filming her online show, Madame President series, and flaunted her assets for the world to see.

The nude shoot had a duration of about four minutes.

Break The Bias: Women have evolved from kitchen, bedroom to boardrooms