KQ workers issue strike notice ahead of US flights 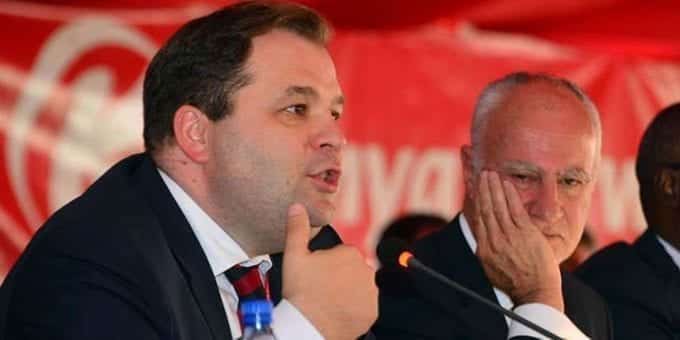 National carrier Kenya Airways’ October 28 maiden direct flight to the United States was yesterday facing turbulence after an aviation workers’ union promised industrial action over the airline’s failure to agree with its employees on special pay and working conditions for the long-haul flight.

Kenya Aviation Workers Union (Kawu) said the looming industrial action would include cabin crew refusing to perform duties on the Boeing 787 Dreamliner aircraft that will be deployed for the first direct flight to New York.

Correspondence between the union and KQ management shows the workers’ representatives are demanding better perks for the crew, who will man the US direct flight as well as conclusion of a longstanding CBA seeking to rationalize workers’ pay.

“It’s our demand that management commits to concluding the CBA negotiations before October 28, 2018,” Kawu secretary- general Moses Ndiema said in a letter dated October 17 to members and KQ management.

“To that end we are calling on all our members across all sections, that is passenger services, cargo operations, passenger ramp, inflight functions, technical, flight ops and support services, to stay away from the USA operations until further advised by the union. This call applies to our comrades in CDL as well.”

Update On London-Nairobi KQ Flight To Kenyans In The United…

Kenya Airways chief executive Sebastian Mikosz has, however, asked the union to abandon the strike plans arguing that the airline will pick up the CBA negotiations with the union after the launch of the direct flight.

Mr Mikosz described the union’s call to boycott the US direct flight operations as an attempt to “sabotage” KQ’s profile globally and its fresh bid “to generate increased revenue.”

“Employees proceeding with an illegal strike are supporting our competitors by working to the detriment of the company and should be considered as such by the public and Government of Kenya,” he said, adding that management “will only pick up the CBA related conversations after successful launch of the NYC route.”

KQ had not responded to the Business Daily’s queries on the looming stand off by the time of going to press. Kawu officials, led by Mr Ndiema, chairman Walter Ongeri and organising secretary Jimi Masege however maintained that the conclusion of the CBA would make the direct flights a success as it would encourage the airline’s staff to be more productive.

The union is asking for special terms for cabin crew on the long haul flight, insisting allocation of additional staff would allow each cabin crew member “adequate” time to rest. Besides, the unionists want the cabin crew to be paid Sh20,000 allowances per hour exceeded up to a maximum of 21 hours duty period, “in line with international aviation standards”.

The union cited the Kenya Civil Aviation Act, which regulates flight times, duty periods and rest periods and time off for cabin crew as the basis of its demands.

“An employee shall not be assigned or compelled to perform any duty after the expiry of 15 hours for normal operations except in unforeseen circumstances as provided for in the Civil Aviation (Operation of Aircraft) Regulations, 2013,” the law says.

“Duty times for augmented operations shall be discussed and agreed with the union.”

President Uhuru Ken yatta has said the upcoming direct flights represent a significant achievement that could transform trade and cultural relations between the US and Kenya.

Kenya was in February last year granted Category One status, paving the way for US Federal Aviation Administration officials to approve non-stop direct flights between Nairobi and New York.