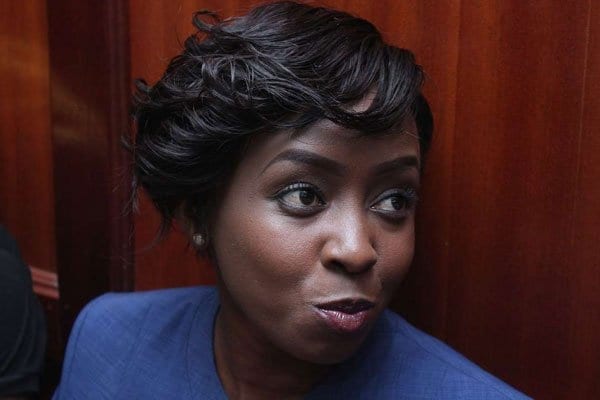 The Citizen TV journalist Jacque Maribe wants her house and all the documents the prosecution intends to use in her trial over the murder of businesswoman Monica Kimani.

In a fresh application filed in court, Ms Maribe wants Director of Public Prosecution (DPP) Noordin Haji and Director of Criminal Investigations George Kinoti to avail the items in just 24 hours, should the court grant her request.

Through her lawyer Katwa Kigen, Ms Maribe has accused Mr Haji of acting in contempt of court by refusing to allow her to have her house as well as witness statements relating to her trial.

When she was freed on bond on October 30 by High Court judge James Wakiaga, she was granted access to the house as well as the disputed case documents.

She argues, however, that she has not been given a good reason for the delay or the breach of the court order, a circumstance that she says amounts to automatic infringement of her rights.

“It is an absolute violation that despite explicit court orders, provision of law and undertakings by the prosecution, that materials have not been supplied to Ms Maribe on timelines provided and that the default has persisted for long,” said Mr Kigen.

Ms Maribe has written three letters to the DPP and her lawyer has had several telephone conversations and exchanged messages with State lawyer Catherine Mwaniki, who is representing Mr Haji in the case.

She has also made multiple visits to their offices.

The journalist says none of her letters have been responded to, so there is no commitment on the part of the prosecution to hand her the rented house in Lang’ata Royal Park estate in Nairobi.

She also wants her Toyota Allion car and her black iPhone.

Ms Maribe’s claims and demands are in an affidavit that she and a Mr Vincent Sagini swore.

The journalist notes that all her clothes and accessories, including an automated teller machine card, medical cards, books and medication for her child, remain locked up in the house.

She says she has been forced to beg for clothes, accommodation, transportation and a phone.

Ms Maribe also notes that her child has been subjected to the criminal justice process and inconvenience.

She dismisses claims that she would be unavailable for the trial, saying she willingly surrendered her house, car and phone to police before any search warrant was availed.

She further claims that she has received information from the contacts in her phonebook that in the course of the withholding of the phone, they have received messages from her number.

“Unless the court intervenes, the DPP and the DCI will continue using the advantages of their public, statutory and constitutional advantages to despise and violate Ms Maribe,” Mr Kigen said.

Ms Maribe wants Ms Mwaniki, the alleged contemnor, punished or disqualified from being the lead prosecutor in her trial.

She also wants the prosecutor to pay a Sh200,000 fine or face a six-month jail term for acting in contempt of court.