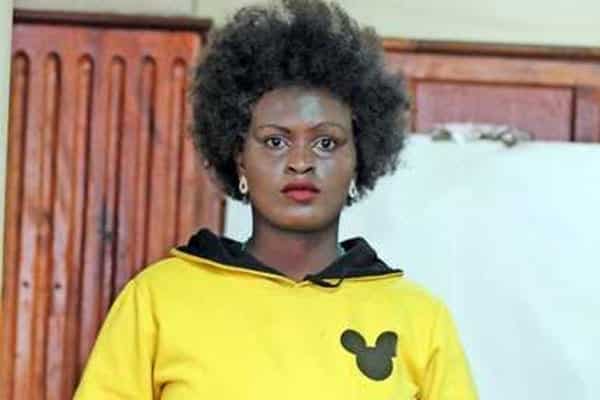 Was the woman arrested by immigration officers at the Jomo Kenyatta International Airport in July this year the owner of the travel documents she intended to use to fly to Britain?

This is the predicament in which Ms Keziah Syombua has found herself.

According to her lawyers, Mr Evans Ogada and Mr Kieme Gicheru, Ms Syombua wanted to travel to Britain after visiting friends in Kenya. Her mother, Ms Susan Mtamliza, a Rwandan, had relocated to Britain after their Kenyan father died when they were young.

But the immigration officers claimed that on interrogation, she could not explain how she acquired the British passport.

She was charged with having a passport issued to another person, contrary to the Kenya Citizenship and Immigration Act (KCIA).

The prosecution claims that on July 26, at JKIA, Ms Syombua, a Kenyan, was found with a British passport issued to one Keziah Syombua as she was about to leave for London aboard Kenya Airways flight KQ 100, using the said passport.

Ms Syombua has been in and out of Langata Women’s Prison, Nairobi, following cancellation and reinstatement of her bail. On October 15, the court once again reinstated her bail, and she is currently free. She is being tried on allegations of being an imposter.

However, her lawyers have a different account and accuse the immigration officers of violating her rights by arresting her when they know she also had documents showing she was mentally sick.

In clarifying why she was unable to explain herself to the immigration officers, lawyer Ogada, in court papers, says: “The accused, Keziah Syombua, suffers from mental health problems that affect her communication and memory.”

Her case had been made worse when the British High Commission in Nairobi, in response to an inquiry by the Immigration Department, wrote on July 30, saying that on the basis of the photographs, the person is an imposter.

The High Commission also requested that the passport be returned to it once the investigations were completed.

Interestingly, another inquiry made by lawyers Ogada and Gicheru, with the assistance of Ms Syombua’s mother, who lives in Milton Keynes, UK, had a different result.

Upon writing a letter to the passport issuing authority in the UK on August 31, Her Majesty Passport Office has duly confirmed that the passport was issued to one Keziah Syombua.

Given that the two inquiries got different results regarding the identity of a British national, lawyer Ogada argues, establishing the authenticity of identity, which is both factual and legal, can be done only in a British court.

“A Kenyan court cannot sit in determination of the identity of the passport holder absent of a valid warrant issued by British authorities,” he says in court papers.

Further, he says Ms Syombua suffers from demonstrable mental health problems and is in need of specialised medical care, which attention she solely lacks in Kenya and the said medical care she obtains from her regular and dedicated doctor.

“The attention is not available to Ms Syombua due to her inability to travel back home. She also stands to fall behind with her studies at the London Metropolitan University, where she is a continuing student,” said Mr Ogada.

But Immigration Prosecutor Isaac Mwashighadi maintains that the case involves a Kenyan who had attempted to leave the country using another person’s passport.

“She had presented to Immigration Officers at the JKIA a British passport bearing the names Keziah Syombua as her own passport in order to be cleared to depart aboard Kenya Airways Flight KQ 100. The immigration officers realised that the British passport did not belong to her,” Mr Mwashighadi states in court papers.

He adds that the documents confirming the accused’s psychological illness should have been served and presented during plea taking, not after the plea had been taken.

“The prosecution shall categorically consider a comprehensive mental status assessment report from an accredited public health facility and by a competent psychiatrist, not mere handwritten prescriptions and consultation notes from unrecognised physician clinics,” Mr Mwashighadi says.

Most of the issues raised by Ms Syombua’s lawyers can only be handled after the witnesses have testified and evidence produced during prosecution. This includes the jurisdiction of the Kenyan court to handle the matter, and arresting her without an arrest warrant.

The KCIA empowers immigration officers to arrest and search suspects without a warrant. The offence in question was committed on Kenyan soil, therefore, any gazetted Kenyan court has the power, jurisdiction and capability to handle all criminal matters, unless the court recuses itself on very compelling and factual grounds.

“The honourable court handling this matter is actually over-competent and capable of handling this matter at any level, considering the offence was committed on Kenyan soil,” says Mr Mwashighadi. All genuine verification reports from high commissions and embassies based in Kenya are admissible in court without verification from the issuing country.

The prosecution has further stated that the issues raised by the accused’s lawyers address the plight of a genuine British passport holder, yet this particular matter involves a Kenyan.

The case will be heard on November 6.

Tripping badly: Why Raila has got it all wrong with the Rift Valley

Body of Kenyan brutally murdered in Germany to arrive home