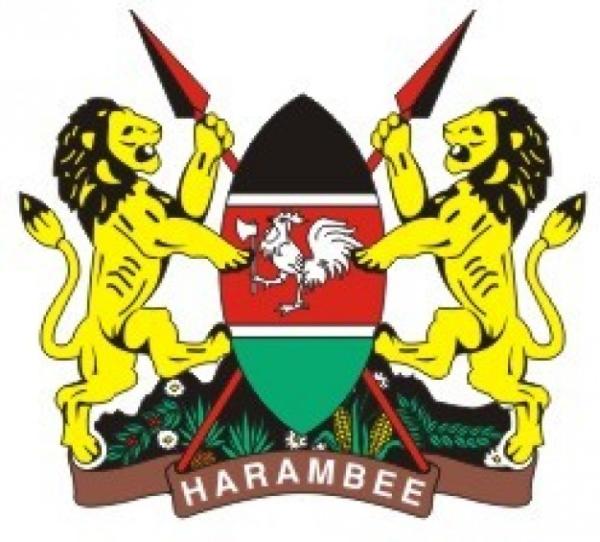 IMMIGRATION-WHERE CORRUPTION IS RESILIENT: It is clear to Kenyans in the diaspora that the numerous reforms the Department of Immigration put in place are solely designed to perpetuate the sleaze that has become synonymous with it.

The extortion working ethics invented by unscrupulous officials during Jomo Kenyatta’s reign remains deeply entrenched in the system. The Department of Immigration was the surest source of wealth and remains so today.

The staff working at the Immigration have over time devised the methodology of manipulating every government reform initiative to their advantage. The reforms in which the long-serving officials are party to have only enhanced the nefarious propensity.

Kenyans in the diaspora are forced to endure long duration of waiting for a response to their queries, some of which come late or never. Passport renewal, which is supposed to take a maximum of 6 weeks, according to the Immigration manual can, in most cases take even one or more years during which time the holder is subjected to the unpredictable whims of the Police and other state authorities.

The few who are lucky to receive a response within the prescribed timeline calls it a miracle or jackpot and celebrate the wonder.

This has been the main source of the sour relationship between Kenyans and their embassies abroad that began to deteriorate soon after the coup attempt in 1982 when ethnic background became a determinant factor for public service. Kenyans from the tribe associated or suspected to be sympathetic to the coup attempt experienced frustrating hardship in any dealings with the government.

Mom Reacts after Kenya Airlift Program Surprised Her with…

Family of Tom Opiyo Devastated After loss of Dream Job…

The situation was further exacerbated by the advent of the multiparty democracy in 1992. Kenyans in diaspora labelled opposition moles or sympathisers had nowhere to turn to. A large number of them applied for citizenship in their respective countries of domicile.

The number constricted briefly in the early phase of Mwai Kibaki’s presidency with his proclamation of zero tolerance to corruption Kenyans abroad believed would encompass the Immigration, the main source of tribulations.

It did not take long before for both Kenyans and the Immigration lads to realize President Kibaki was merely a paper tiger.

To date, nothing sends a chill down the spine of Kenyans in Germany like seeking passport renewal or document through the embassy where the ambassador too, seems to have been turned into a marionette – never to be seen or heard.

History has shown often times that malfeasance persists in most organisations where the CEOs are sourced from outside which is common in most undeveloped countries.

Public outcry about persistent corruption activities at the Immigration department is forcing the government to skew administrative promotion procedures by recruiting outsiders, especially members of security organs hoping they would clampdown on the ingrained vice that has evolved to be part and parcel of the institution.

Unlike Jane Waikenda who was under probe by the Ethics & Anti-Corruption Commission for issuing residence permits to foreigners and was hastily rescued from the jaws of justice by President Uhuru Kenyatta who appointed her to the post of deputy ambassador to South Africa, Major General (Rtd) Gordon Kihalangwa who took over from the disgraced Ms Waikenda in 2014 learnt quickly by burying his head in the sand. Mr Kihalangwa who, throughout his tenure never responded to any complaints in writing from the public and only came to the limelight during Miguna Miguna’s deportation saga.

In the absence of explicitly established administrative rules, new directors are unable to infiltrate the clandestine extortion matrix at the Nyayo house. They find themselves isolated and bereft at the helm left with Public Relation work to protect their position and by extension, those of the cartel operating freely under them.

Once the aura of promotion fritters out Mr Alexander Muteshi, a spymaster from the National Intelligence Services will soon find out why his predecessor Mr Kihalangwa who was elevated to the position of Principal Secretary of the same department was rendered a lame duck.

The long-serving Immigration officials resent the appointments of CEOs from outside, a policy they deem disincentive in nature and an impediment to promotion, a policy one may quickly link to despondency except the propensity to exploit the weak, notwithstanding the fact that there are some officers who have remained insusceptible to venality.

Nevertheless, guided by the conventional rule of principles of collegiality the few non-corrupt officers would vehemently defend the miscreants in their midst to elude culpability even when their insatiable greed is to drift the victim into existential crises – students are not spared either.

And with no authority to report to except the same embassies where a simple polite enquiry can provoke brusque response a lot of Kenyans now consider taking up foreign nationality and more so, the children witnessing the ordeal and tribulations their parents must endure.

In the EU countries, the validity of stay and work/education permit are hinged on that of the passport. And a large number of officials who have mastered the art of dispensing frustrations have served as Immigration attaches in different countries abroad. They know just too well the consequences of not having a valid document in countries where Data, including the physical address of a resident, can be accessed by a few computer clicks or Police walkie-talkie.

It is here when the passport expires the systematic delay that can drag on for up to one or more years is effectively applied, making kickback a must and not an option. And it works well.

The criteria the Interior CS, Mr Fred Matiang’i used to identify only two biometric registration centres in the 28 EU countries, leaving out more than 20 in the region is baffling.

The CS also saw it fit to exclude the United Kingdom from the European Union and bundled the Caribbean countries together with an ODC state, the US while Australia in Asia is lumped together with Africa under the service fee category.

In his announcement the CS did not disclose the compelling reason why he settled on only two EU countries, London and Berlin, leaving out a cluster of non-members countries located between some EU member states.

It is still unclear what measures the Interior Minister and his counterparts at the Foreign Affairs have put in place how Kenyans living outside the 22 Schengen areas will overcome the stringent Visa requirements to reach London or Berlin by road, the cheapest mode of transport.

For argument sake, a Kenyan living in Greece requires 6 transit visas to cross Macedonia, Kosovo, Serbia, Bosnia-Herzegovina, Croatia, Slovenia to reach Berlin from Austria, a 2,344km journey that takes two days. It is another matter if any of the countries decline to issue the transit Visa.

The most inevitable hurdle will be the inability to finance the journey. The fact remains that a substantial number of Kenyans are less financially endowed and do not have disposable income and to slap on them the exorbitant fee of Ksh7,516 for a 32-page passport above the statutory fee of Ksh4,500 is discriminatory and punitive. It shows government insensitivity to its own citizens.

Since a substantial number of Kenyans in the diaspora are less financially endowed, and it is feared they may not be able to finance the daunting prospect of embarking on such a journey, come August 2019 when the old passport will be withdrawn from circulation.

The probability of statelessness is likely to compel some countries to revisit their Immigration Laws to accommodate those who will be affected by the unprecedented rules in the present day.

Kenyans read mischief about the notion that the gadgets are too expensive and sophisticated and thus can only be operated by a few staff is far-fetched and inane. In view of many, the transformation to the ePassport could not have come at a better time for the Nyayo house gurus to harvest big from the anticipated windfall.

According to state departments in Germany using similar gadgets for the same purpose digital camera, Iris and the finger friction ridge scanner, all of which can be obtained for less than € 1,700, a simple task any Immigration attache with elementary knowledge in computer and replicable ID software can handle with ease.

Nevertheless, the registration process is the least of Kenyans’ concern. What is worrying is the usual agony of chasing the passport through the embassy that demands postage stamps for correspondence in Germany remains unresolved.

The Interior ministry should come clear on the rationale used to impose exorbitant rates on those living away from home. Subjecting Kenyans struggling or studying the foreign countries to Ksh7,516 for a 32-page passport, up from the statutory fee of Ksh4,500 is discriminatory and punitive.

Come August 2019 when the old passport will officially be declared invalid the 5m Kenyans abroad will realise why the Immigration gurus continue to resist system overhaul or transformation and stuck to the British system from independence in 1963.