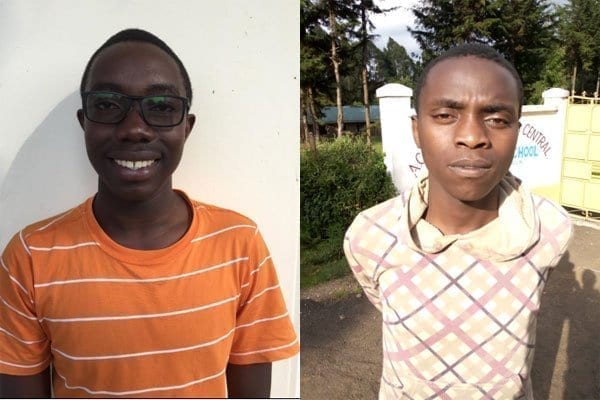 Celebrations rocked an estate on the outskirts of Busia town on Friday, when Joshua Ochieng, a Maseno School student, emerged one of the best performers in the 2018 Kenya Certificate of Secondary Education (KCSE) examinations.

Mr Ochieng, was the 19th best countrywide, with an A of 84 points.

The student scored As in English, Kiswahili, mathematics, physics, chemistry, geography and business studies and a B in biology.

During the celebrations in Lavington Square estate at Korinda, the boy’s mother described him as as brilliant, hardworking and obedient.

Mr Ochieng, who attended Star of the Border Academy, scored 404 marks in the Kenya Certificate of Primary Education exams.

Kakamega twins’ will not sit for KCSE this year,will go back…

He turned 18 in October.

In Murang’a County, Josephat Mwangi Kamau, from little-known Mioro Secondary School in Mathioya Sub-county, was recognised as the most improved learner in the county.

Principal David Mbugua described Mr Kamau, who scored an A minus of 79.4 points, as humble, honest and shy.

The 17-year-old served as laboratory captain and never scored less than B plus in his tests.

Mr Kamau enrolled at the school with 278 marks but so determined was he that he emerged the best among 81 students from two classes.

The principal said the student, who is from a middle income home, wants to study electrical engineering or law at the University of Nairobi.

“We are very proud of him for the sterling performance. His presence has been felt,” he told the Nation on phone.

Mr Kamau was recognised by Education Cabinet Secretary Amina Mohamed, who announced the results at the headquarters of the Kenya National Examinations Council (Knec).

The CS said that overall, there was a great improvement in performance this year compared to 2017 and 2016.

“The number of candidates who scored the minimum university entry grade, C+ and above, was 90,377, from 70,073 last year,” she said at the headquarters on Dennis Pritt Road in Nairobi.

Ms Mohamed said the war on exam cartels paid off this year, with six masterminds being arrested. Their cases are ongoing in court.

The results of 100 candidates were withheld over exam malpractices, the CS said.

Knec chairman George Magoha said none of the KCSE exam papers was leaked, and that all the students go the grades they deserved.